What is the Athirappilly Hydel Project?

Athirappilly Hydel Project: The Kerala Government has extended a NOC (No-Objection Certificate) for the much controversial Athirappilly hydro-electric project. 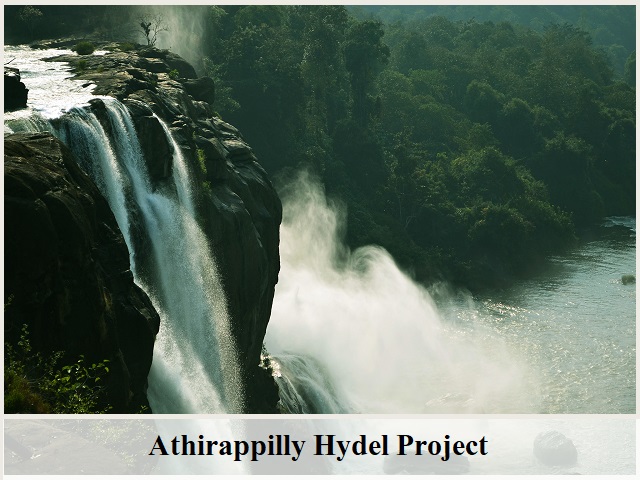 In a bad piece of news for environmentalists, the Kerala Government has extended a NOC (No-Objection Certificate) for the much controversial Athirappilly hydro-electric project. Many conservationists, opposition parties and the allies of the state government have denounced the move.

In 1996, the Athirappilly hydro-electric project was proposed to generate 163-MW of power to tide over the power deficit in the state. The project includes a 23-metre high dam on the Chalakudy river in Vazhachal Forest Division of Kerala. The storage capacity of the dam will be 8.44 MCM.

A few years ago, the Environmental Clearance and Techno-Economic Clearance of the project expired. The NOC is extended for 7 years allowing the KSEB (Kerala State Electricity Board) to apply afresh for the expired clearances.

The dam was proposed to be built a few kilometres upward which is a major tourist attraction of the state of Kerala-- Athirapilly Waterfalls. The project was opposed by the environmentalists, political leaders, tribal groups, etc. as it will cause irrevocable damage to the forest, human settlements, rivers, etc. in the area.

In the year 2018, the Electricity Minister of Kerala, MM Mani admitted that the Government of Kerala cannot go ahead with the project as it is slammed by the opposition parties as well as the members of its own party (CPI).

A senior CPI leader and Rajya Sabha MP Binoy Viswam is of the view that when the project was proposed to generate 163-MW power from the river water, the water in the river was sufficient. However, the case is different today as the water level of the river has gone down. In addition to this, after 41 years, the cost has also escalated. He further stated that CPI has strongly opposed the project as 178 hectares of pristine forest area would be destroyed, a river will be killed and the lives of tribals living in the area would be tossed aside.

In the year 2005, the Kerala Ministry of Environment and Forests gave a nod to the project and Environment Impact Assessment (EIA) clearance was given. However, the Kerala High Court quashed the clearance given by EIA and ordered a public hearing next year.

The then Union Minister of Environment and Forests, Jairam Ramesh refused to approve the project, but in 2015, the EAC approved the Athirappilly hydro-electric project.

Report on the project

In 2011, the chairman of Western Ghats Ecology Expert Panel (WGEEP), Madhav Gadgil consulted with the local residents, activist groups and key stakeholders behind the project. A report was drafted on the same which defined the area as ecologically sensitive zone 1 (ESZ1) and suggested that the construction of a new dam should not be permitted in the area.

The report noted that the area around the Chalakudy river in Athirappilly houses 155 species of endemic plants, critically-endangered riparian trees and unique bird and fish species. If the dam is constructed, the key biodiversity strengths of the region would be lost. Also, the project will impact on the availability of water in panchayats and will cause a loss of habitat for the primitive Kadar tribe.

Several conservatives, political leaders, local panchayat heads and others have protested against the continuation of the project as it will not only bring ecological losses, but it will also prove to be an economic failure.

Yogi Adityanath Government to built 800 km Herbal Belt: All you need to know