English Language Day 2020: All you need to know 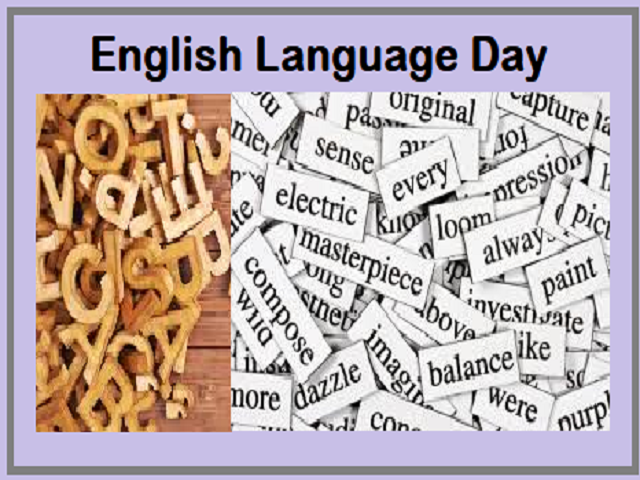 English Language Day 2020: The day coincides with both birthday and death day of William Shakespeare and World Book Day. The English language is one of the most popular languages used across the world. The day prospects the development, history, culture and achievements associated with the language.

English is the most widely spoken language or a "world language". Therefore, it is known as lingua franca of the modern era. Along with French, English is also the working language of the United Nation (UN). English Language Day is the result of a 2010 initiative by the Department of Global Communications. It established language days for each of the Organisation’s six official languages.

Under the initiative, the duty stations of UN celebrate six separate days and each day is dedicated to one of the Organisation's six official languages across the world.

The language days are as follows:

Basically, the main purpose of the UN's language days is to observe multilingualism and cultural diversity. The days also promote the equal use of all six official languages throughout the Organisation.

At the UN, the Language days aims to entertain and to inform about the goal of raising awareness and respect for the history, culture and achievements of each of the six working languages among the UN community.

On this day several events are organised including book-reading events, English quizzes, poetry and literature exchanges, and other activities that stimulate the English language.

Multilingualism is an essential factor in harmonious communication among peoples. By promoting tolerance, it ensures effective and increased participation of all the Organisation's work, as well as greater effectiveness and involvement with better outcomes. As discussed above the six official languages of the United Nations are Arabic, Chinese, English, French, Russian and Spanish. Working languages of the United Nations Secretariat are English and French. It is used in day-day professional exchanges.

Let us tell you that the United Nations Secretary-General on 3 September, 2019 appointed Mr Movses Abelian of Armenia (as well as a national of Georgia), Under-Secretary-General for General Assembly and Conference management, as Coordinator for Multilingualism. The General Assembly resolution 69/250 was implemented for it. He is responsible for coordinating the overall implementation of multilingualism Secretariat-wide.

The main aim is to help the staff of the United Nations so that they can communicate in a gender-inclusive way in the six official languages of the Organisation.

A gender-inclusive language here means that there should not be discrimination against a particular sex, social gender regarding speaking and writing.

The key role of the language is shaping cultural and social attitudes by using gender-inclusive language as a powerful way to boost gender equality and eradicate gender bias. It also does not perpetuate gender stereotypes.

Therefore, English Language Day is observed on 23 April to generate awareness regarding the importance of language.