Jiribam-Imphal railway line: Here's all you need to know about the national project 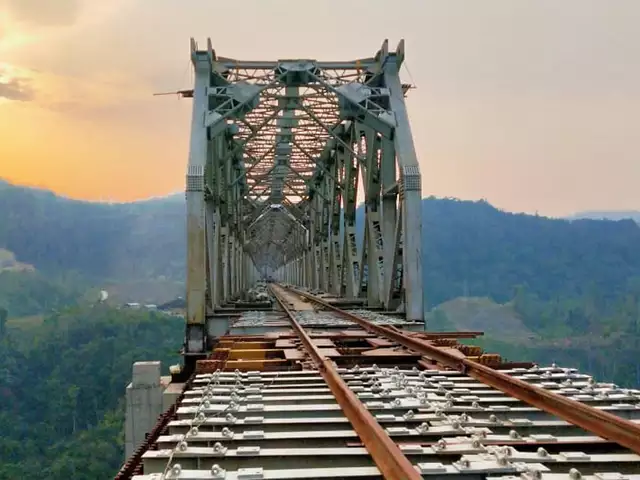 The Northeast Frontier Railway (NFR) has launched open web steel girders over Barak river as a part of the Jiribam-Imphal railway line. The latest development is a significant milestone which will connect Imphal with the rest of India.

Yogi Adityanath Government to built 800 km Herbal Belt: All you need to know

In the year 2008, a National Project under Indian Railways network was announced. The Jiribam-Imphal railway line will connect Imphal (capital of Manipur) to the rest of India. As per NFR, the 111-km-long Jiribam-Imphal line is projected to be completed by March 2022. A budget of Rs. 13,809 crore was announced by the Central Government.

Bridge 164 is the tallest girder rail bridge and will be built over river Ijai, near Noney town, Manipur. The trains can pass over this bridge at a speed of 120 kmph.

Difficulties in the project:

Due to the hilly terrain, rivers and forest, the transportation of the construction material, machines, etc. to the construction site is a tedious task. Thus, custom made trucks were used for transportation purposes. Apart from this, many military organizations are active in this region. Therefore, a battalion of the Territorial Army-119 unit was deployed to ensure safety and security to the workers.

The National Rail Transporter will build nearly 10 railway stations for its smooth functioning. Also, three IITs (Indian Institue of Technology) are involved for the technical assistance and designs in the national project-- IIT Kanpur, IIT Roorkee and IIT Guwahati.

After the completion of this national project, the government of India is planning to build a railway line from Imphal to Moreh in the first stage and then from Moreh to Tamukalay in the second stage to ensure easy transportation of goods and services.