A Wildlife Sanctuary is a natural occurring place that provides protection for species from hunting, predation, competition or poaching; it is a protected area, a geographic territory within which wildlife is protected. In this article, we are giving the list of Wildlife sanctuaries in Uttar Pradesh which is very useful for the competitive examinations like UPSC-prelims, SSC, State Services, NDA, CDS, and Railways etc. 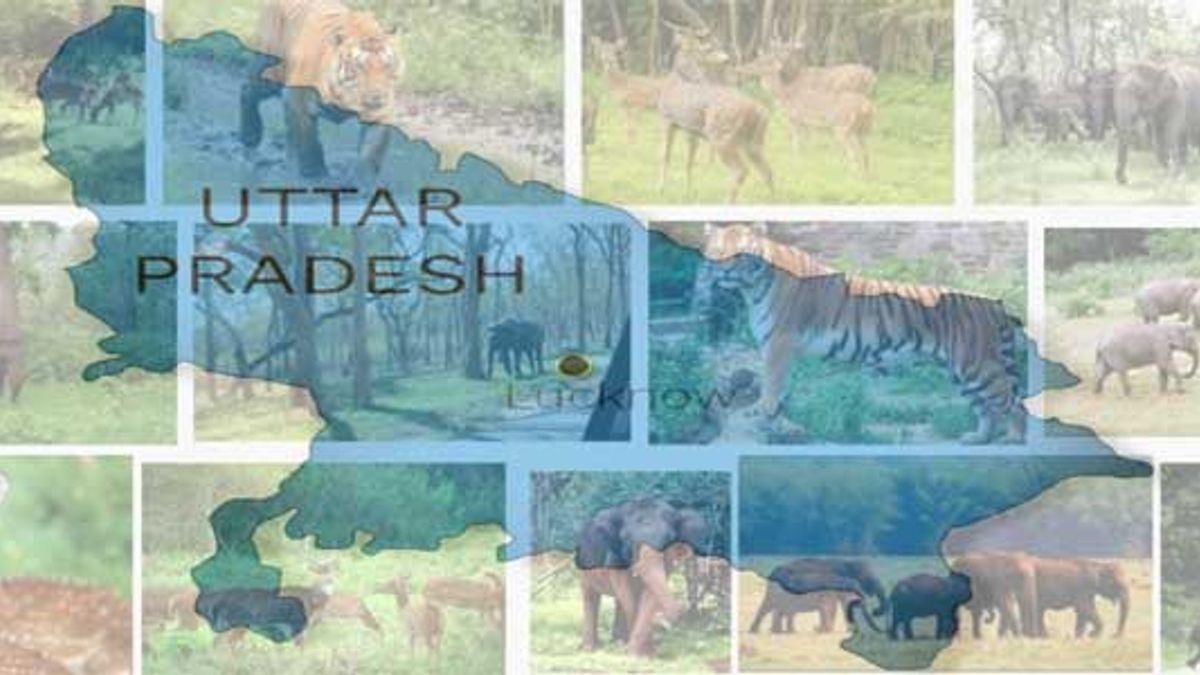 There are 23 wildlife sanctuaries in Uttar Pradesh which are discussed below:

It was established in 1980. The Grey-headed swamphen (Porphyrio poliocephalus) also called the Indian Purple moorhen or Purple Swamp-hen is one of the beautiful common water birds found in this Sanctuary.

It is blessed by beautiful picnic spots, dense forests, and scenic waterfalls like Rajdari and Devdari and was established in May 1957. It is a home of around 150 species of birds. Blackbucks, chital, sambar, nilgai, wild boar, porcupine and chinkara as well as the reptilian species include gharial and python are also found here.

It was founded in 1986 and named after the ancient city of Hastinapur. Over 350 species of birds are found here such as painted stork, black and white necked stork, sarus crane, as well as night birds of prey, ranging from the great Indian horned owl to the jungle owlet, colourful woodpecker, barbet, kingfisher, minivet, bee-eater and bulbul.

This sanctuary is famous for the different species of turtles, Ganges dolphin and other water animals.

It was established in 1982. This sanctuary is famous for leopard, blackbuck, chital, chinkara, ratel, peafowl, antelope, blue bull, wild cat, karakal, and bijju.

It was established in 1975. It was brought under the purview of the ‘Project Tiger’, and together with the Kishanpur Wildlife Sanctuary and the Dudhwa National Park it forms the Dudhwa Tiger Reserve in 1987. It is home to a number of endangered species including gharial, tiger, rhino, Gangetic dolphin, swamp deer, hispid hare, Bengal florican, the white-backed and long-billed vultures.

It was founded in 1972.It is home to a number of species like Tiger, Leopard, Swamp deer, Hog deer, Barking deer, Bengal florican and Lesser florican.

It is one of India's larger bird sanctuaries, covering 80 square km. It is home to various migratory birds. Jackal, blue bull, mongoose, fishing cat and monkeys are also found here.

It is the home to the leopard, nilgai, wild boar, sambhar, black buck, blue bull, bear, jackals, langur and monkeys.

It is tri-state protected area in northern India for the protection of the Critically Endangered gharial, the red-crowned roof turtle and the Endangered Ganges river dolphin.

It was founded in 1991.More than 106 species of migratory and resident birds here.

It was founded in 1977. It is home to the tiger, leopard, sloth bear, sambar, blackbuck, peafowl, spur fowl, jungle fowl, painted partridge, fishing cat and chinkara.

It was established in 1990. It is home to the different animals such as Jackal, Mongoose, Hare and various local and migratory birds.

It was founded in 1990 to protect the natural habitats and aquatic vegetation for the local residents and migratory birds.

It is one of the habitats of Tiger in Uttar Pradesh. Tiger, Leopard, Cheetal, Bear, Wild cat, Wild boar and Python are found here.

It is located in one of oldest forests in Uttar Pradesh and was given the status of a wildlife sanctuary in 1998. Mammal like Bengal tiger, Indian leopard, sloth bear, antelope and deer are found here. Other animals include fox, hyena, Indian elephant and wild cat are also found here.

It is famous for the variety of migratory and native birds. It was declared a Bird Sanctuary in 1991.

It was founded in 1990. Jackal, mongoose, wildcat and various local and migratory birds found here.