When is Endangered Species Day 2022 observed?

Endangered Species Day 2022: It is observed every year on the third Friday in May and is the 17th annual celebration across the world. This year, it will be celebrated on May 20. Take a look at the history, celebration, significance, and more of the day.

Endangered Species Day 2022: The day was created and founded by David Robinson and the Endangered Species Coalition in 2006 and since then has continued to be celebrated. It is observed annually on the third Friday in May. This year, it falls on May 20. On this day, wildlife refuges, zoos, aquariums, gardens, schools, libraries, museums, community groups, nonprofits, and individuals hold special programmes or events for people of all ages. People from across the world participate in these activities or others.

“Living wild species are like a library of books still unread. Our heedless destruction of them is akin to burning that library without ever having read its books.” - John Dingell

What are Endangered Species?

Since life began on Earth, several creatures due to changing physical and biological conditions of the environment have come and gone or extinct. As we know that it is the law of nature that extinctions will occur naturally and will continue to do so. But scientific evidence suggests that the current rate of species extinction is much higher as compared to the background rate of the past. This is what we have to think about or is a matter of concern. Isn’t it!

Therefore, we can say that endangered species are the species that are at the risk of extinction due to a sudden rapid decrease in their population or loss of their critical habitat. Species like plants or animals that were threatened with extinction could be called endangered species. 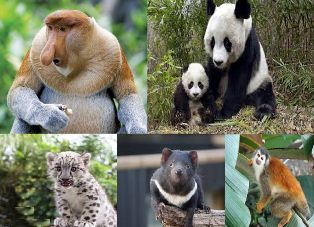 In the 1960s and 1970s concern over the well-being of animals with the environment and conservation came out. The Endangered Species Act of 1973 was signed into law on 28 December to raise the importance of wildlife conservation and restoration efforts for all imperilled species. It is said that Endangered Species Day was first created by U.S. Senate in 2006.

At that time several efforts were made to save species and hundreds of species from extinction were saved like the bald eagle. According to the International Union for Conservation of Nature (IUCN), in the past two decades, the list of endangered species has more than doubled.

What qualifies a species as Endangered?
Different government and local organisations have their own criteria for deciding for the species are endangered or not. The International Union for Conservation of Nature (IUCN) maintains the most comprehensive list of endangered species around the world. The Red List of Threatened Species judges each species on five different standards.

According to IUCN, an endangered species is one that meets any one of the following criteria as given below:
- A 50-70% population decrease over 10 years.
- A total geographic area of less than 5,000 square kilometres or a local population is less than 500 square kilometres.
- A population size of fewer than 2,500 adults.
- A restricted population of 250 adults or a statistical prediction that it will go extinct within the next 20 years.
IUCN's Red list covers a wide range of what qualifies as an endangered species.

According to IUCN, more than 31,000 species are threatened with extinction. That is 27% of all assessed species.

Factors that lead to extinction are: 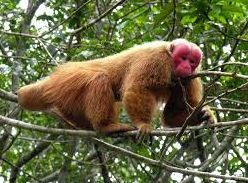 Source: www.rainforestcruises.com
Common factors that lead to extinction are:

“Conservation of any endangered species must begin with stringent efforts to protect its natural habitat by the enforcement of rigid legislation against human encroachment into parks and other game sanctuaries.”- Dian Fossey

What is Biodiversity and why is it important to protect?

Biodiversity is generated with two words namely "biological" and "diversity". It refers to all the variety of life that can be found on Earth may be plants, animals, fungi and micro-organisms. As well as the communities that they form and the habitats in which they live.

Convention on Biological Diversity defines biodiversity as the variability among living organisms from all sources including inter alia, terrestrial, marine and other aquatic ecosystems and the ecological complexes of which they are part; this includes diversity within species, between species and of ecosystems.

Note: Biodiversity is not only the sum of all ecosystems, species and genetic material but also it represents the variability within and among them.

So, this is the time to be alert and we should together work towards generating awareness among the public about the importance of wildlife, endangered species, biodiversity and conservation. Why endangered species are on the verge of extinction? What are the reasons behind it? It is necessary to understand it. No doubt extinction is a natural phenomenon of nature but due to some other reasons, extinction is increasing decades in decades. One day will come when we will not be able to see tigers, elephants, eagles etc.

“We all have a responsibility to protect endangered species, both for their sake and for the sake of our own future generations.” - Loretta Lynch