What does Bank Privatisation mean? NITI Aayog finalises the names of PSBs to be privatised

NITI Aayog has submitted the names of state-owned banks and public sector general insurer to be privatised in the FY 2021-22 to the Core Group of Secretaries on Disinvestment. 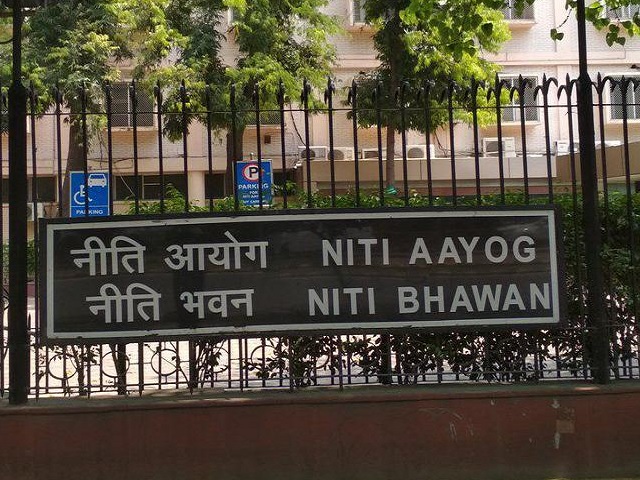 NITI Aayog finalises the names of PSBs to be privatised

The government think tank, NITI Aayog, has submitted the names of two state-owned banks and one public sector general insurer to be privatised in the FY 2021-22 to the Core Group of Secretaries on Disinvestment. The list will be examined and finalized by the Department of Investment and Public Asset Management (DIPAM), and the Department of Financial Services (DFS).

Along with these, the government is planning to conclude the privatisation process for Air India, BPCL and Shipping Corporation in the current fiscal year.

In her 2021-22 Budget speech, Finance Minister Nirmala Sitharaman announced that other than IDBI Bank, the government proposes to take up the privatisation of two public sector banks and one general insurance company in the year 2021-22.

Privatisation of Banks: What does it mean?

With the privatisation of the banks, the Central Government's active and direct involvement in the day-to-day activities of the banks will shrink. Also, the majority stake held by the Centre will be offloaded in favour of private players. This, in turn, will increase the competition of PSBs in the market with little to no financial dependence on the government funds.

Need for the privatisation of banks

Due to the ongoing pandemic, the country's economy has shrunk. RBI in its latest Financial Stability Report projected that the Gross NPA ratio of banks will increase from 7.5% in September 2020 to 13.5% in September 2021, thereby leading to more capital flow from the government to the public sector banks.

Which banks will be privatised in India?

Amongst these, the Bank of Maharastra and Central Bank are top choices are per reports.

Which public sector general insurance company will be privatised in India?

Amongst these, United India Insurance Company is the top choice as per reports.

What may happen post-privatisation?

1- Once privatised, the banks will be in profit.

3- Discontinuation of branches that are underperforming.

4- Reconsideration of the employees.

5- Free services may be converted into a paid model.

List of all Public and Private Sector Banks in India