Optical Illusion Visual IQ Test: In this optical illusion image, can you spot the missing letters. So, which word did you spot in this tricky puzzle?

Optical Illusion Visual IQ Test: There are many types of optical illusion like physical, physiological, and cognitive illusions. Different people can perceive different things from such illusionary images.  An optical illusion is a mind-bending illustration of anything, be it an object or drawing or picture or sequence of things. These optical illusions are also a part of the field of psychoanalysis as they throw some light on your IQ Level also. Let’s look at one such optical illusion where it has been claimed that people with high visual IQ can spot the missing letters that forms a word.

If you want to take this Visual IQ test, you simply need to look at the partially-obscured words.  The word game was created by Cody Cross and shared by PlayBuzz as a “visual IQ test”. This optical illusion will reveal if you have high an eagle eye view. 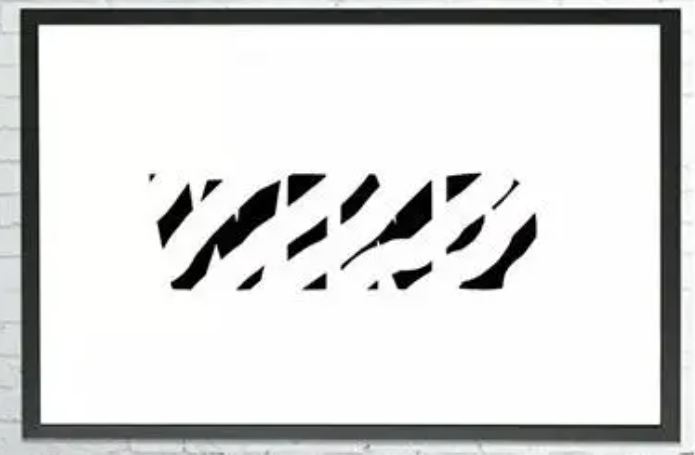 According to the creator of this Visual IQ Test, people who are likely to do well in the quiz are “picture smart” and are able to “instinctively visualize patterns with your mind’s eye and think in three dimensions.”

Which Word did you see?

If you look closely at this partially obscured word in a black and white puzzle, you will be able to identify the alphabets of the word. If connect the missing parts, then you will spot the word “WIND”. The puzzle maker also said that pilots, sculptors, painters, writers and architects have a high visual intelligence, so they might find this the task easier.

Optical illusions always give some fascinating insight into how our brains work. Specific combinations of color, light, and patterns can trick our brains into visually perceiving something that isn’t there. So tell us, did you spot the hidden word in this optical illusion?