Spot The Difference: Can you spot 10 differences in 43 seconds?

Spot the Difference: Two similar images are placed side by side but differ from each other. Spot ten differences within 43 seconds. Test your level of intelligence and observation skills with this challenge now.
Mrigank Chakraborty Updated: Nov 29, 2022 17:14 IST
Find 10 Differences in 43 Seconds

Spot the Difference: Spot the difference activity is based on the premise of finding differences between two images. In this activity, an image is divided into two equal parts, with each part containing one image.

One image will be different from the other in some aspects. The challenge for the users is to spot those differences and highlight them.

This activity is highly versatile as a team, a group, or an individual can attempt this activity.

These activities are some of the most effective tools for raising people's levels of concentration and sharpening their observational abilities.

The addition of a time limit makes this activity more interesting. The time limit is a good parameter to judge the capability and observation skills of an individual.

Spot The Difference: Can you spot 7 differences in 15 seconds?

The image shared above depicts a watch shop scene where you can see watches and clocks placed in different places.

An elderly watch mechanic can be seen repairing an old watch.

Although the two images look similar, there are 10 differences between them, which you need to spot in 43 seconds.

Optical Illusion: Can you find the hidden dog in 11 seconds?

Have you spotted two or three differences?

While some of the differences are immediately noticeable, others are a little difficult to identify.

How many differences have you noticed?

Some of you might still be looking for the differences. For such users, we recommend you to practice similar challenges to improve your speed and accuracy.

Curious to know what the differences are?

Let’s jump to the solution. 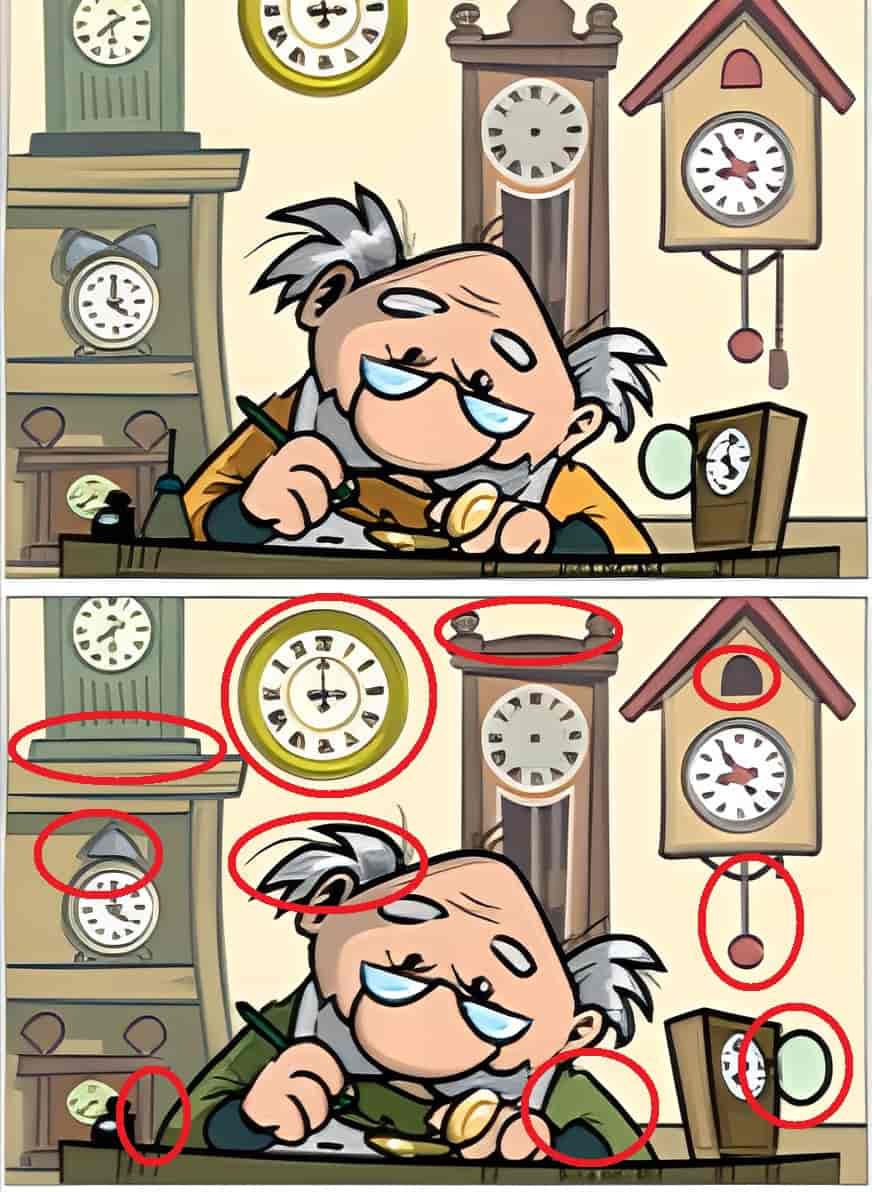