In the month of May 2020 the Foundation for Media Professionals and Jammu Kashmir Private School Association have appealed to the Supreme Court that 2G services are causing problems in running a business and the online education of children. So 4G internet service should be restored in Jammu and Kashmir.

Jammu and Kashmir became the Union territory on 31 October 2019. Now India is a union of 28 states and 9 Union Territories. For a very long time, this UT is not having fast internet services due to many security reasons.

These security reasons include the existence of "Terrorist modules in the UT and their handlers from across the border provoke people through fake news and targeted messages and misuse the Internet to promote terror activities in the UT". 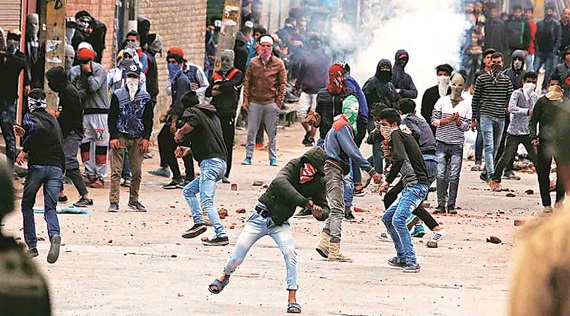 It is also a reality that a lot of innocent people are also suffering due to slow internet speed or 2G speed in the UT. These victims are innocent children who are unable to attend online classes due to COVID-19 pandemic and businessmen are unable to do business etc.

On 11 May 2020, a petition is filed in the supreme court by the Foundation for Media Professionals, Jammu Kashmir Private School Association, and Shoaib Qureshi to restore 4G services in the UT.

These petitioners have given the reason of loss of online education of Children and loss of business in the UT.

"Justice NV Raman said that we understand that the Union Territory (Jammu and Kashmir) is in crisis and the court is also taking cognizance of the concerns related to the Corona epidemic that has arisen across the country. But the court also needs to ensure that there should be a balance between national security and human rights. It should not happen that human rights pose a threat to national security."

The Jammu and Kashmir administration had told the court that there were several cases of inciting people through terrorist activities and inflammatory materials. Especially fake videos and photos that are going to harm security and law and order in the UT. 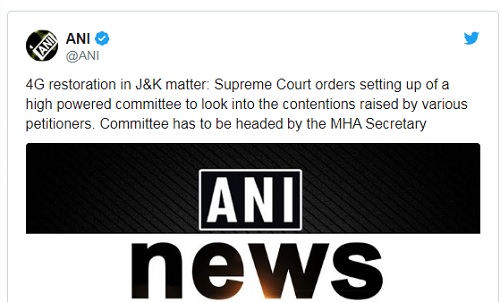 On May 11, dismissing a petition on the restoration of high-speed internet in Jammu and Kashmir the Supreme Court ordered the Centre to set up a committee to review the ban on fast internet services in the valley.

The “special committee” should be comprising the chief secretary of Jammu and Kashmir, Union home secretary (Chairman), and Union communications secretary. The committee is directed to decide immediately whether the prevalent internet restrictions are necessary and to consider the petitioners’ concerns.

It is very surprising that even after one month since the decision came there is no sign of the committee.

It is a very ridiculous thing that the two officers of this new committee, who had recommended a ban on 4g services in Kashmir, have been made members again in this committee.

Now the ball is in the court of the central government to have a trade-off between human rights and national security. To read more such articles click on the link given below;