What is Tablighi Jamaat? History, Origin, and Functioning 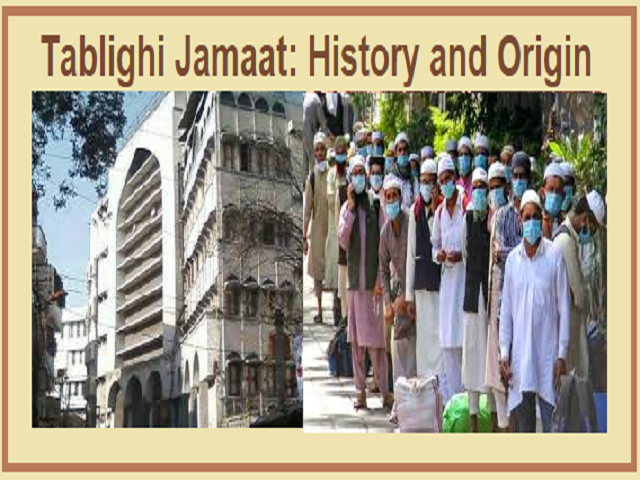 What is Tablighi Jamaat?

Thousands of Islamic religious outfits (Tablighi Jamaat) were gathered at ‘Markaz’ in Nizamuddin, Delhi, the headquarters of the Tablighi Jamaat in India. In fact, several cases of coronavirus have been found confirmed in these people and so earned plenty of bad publicity.

What is Tablighi Jamaat?

Tablighi Jamaat is a proselytising group and orthodox believers who spread the Islamic thoughts and faith. Basically, they are trained missionaries who have dedicated much of their lives in spreading Islam across the world. They reach the ordinary Muslims and revive their faith, mainly in matters of rituals, dress, personal behaviour, and so on. Some academics describe the group as an apolitical devotional movement stressing individual faith, introspection, and spiritual development.

As we know that Muslims recite Qur’an, read Hadith and related books, besides from these, Tablighi people also read the Tablighi Nisab, seven essays, penned by a companion of Maulana Ilyas in the 1920s and follow it.

Maulana Muhammad Ilyas Khandhalawi was one of the prominent Deobandi cleric and scholar and propounder of the Tablighi Jamaat in 1927 in Mewat, India. It was a movement which was launched to reform the personal religious practices and defense the Islamic faith as well as Muslim minority populations.

In the 1950s and onwards, it was spread pan India and throughout the world. In 1970s, the rapid expansion of the movement into non-Muslim regions began and coincides with the establishment of a synergistic relationship between Saudi Wahhabis and South Asian Deobandis. Wahhabis are dismissive of other Islamic schools. They single out Tablighi Jamaat for praise. In the late twentieth century, the most influential Wahhabi cleric Sheikh Abd al-Aziz ibn Baz recognised Tablighis’ good work and encouraged his Wahhabi brethren to go on missions with them so that they can guide and advise them. It is also said that Tablighi Jamaat is an offshoot of the Deobandi movement.

But here it is to note that; Tablighi people do not belief in the Sufis order, but some communities within Muslim follow it and are called themselves as Sunnis.

In two decades the organisation grew bigger and established in several parts of India. Around 150-250 million members are there in the organisation at present. It has a good presence also in the United States, United Kingdom, Indonesia, Malaysia, Singapore etc.

The Deoband Movement was established in Saharanpur district (United Provinces, now Uttar Pradesh) in around 1866-67 by Mohammad Qasim Nanotvi and Rashid Ahmed Ganghoi to spread religious teachings amongst the Muslim community and to oppose British colonialism. The main objectives are to propagate the pure teachings of the Qur’an and Hadith among Muslims.

What is Markaz Nizamuddin?

The Indian headquarter of Tablighi Jamaat is located at Nizamuddin which is famous as Markaz. It is headed by Maulana Saad Khandhalwi, great-grandson of Maulana Muhammad Ilyas. Whenever the Tablighi people tour to preach the Islamic practices in India or Indian Subcontinent, they visit once at the Markaz. These preachers are scheduled well in advance and Markaz functions as a hostel and accommodation of the Tablighi people. It can accommodate more than 9000 people at any given point of time. In Markaz, preachers participate in several instructional activities.

At congregation functions, they divide themselves into small groups and appoint a senior member as a leader of that group. These groups visit the designated destinations through mosques to spread Islamic practices among Muslims.

Now you may have come to know about the Tablighi Jamaat, their tenets and functions.