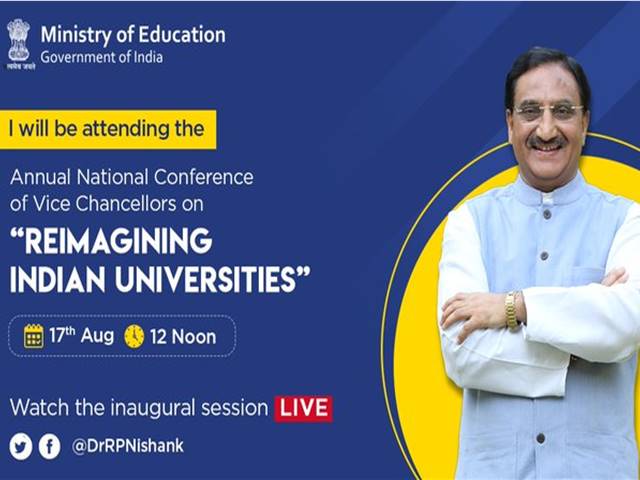 Education Minister to AIU’s VC Conference: Union Education Minister Ramesh Pokhriyal in the Association of Indian Universities’ Annual Conference of Vice-Chancellors meeting has stated that the decision regarding conducting the final year examinations by the UGC has been taken keeping in mind the future of the students. The union minister has defended the UGC once again in making the final year/ semester examinations compulsory for the students stating that it was done so that the students do not face any difficulty in the future. The University Grants Commission has decided to conduct the final semester examination in the online or offline mode or in both. During the meeting conducted the union minister stated that some of the universities have conducted the exams or are going to during the pandemic situations keeping in mind the future of the children.

Education Minister Ramesh Pokhriyal ‘Nishank’ confirmed the news about him attending the Association of Indian Universities’ Annual Conference of Vice-Chancellors today at 12 PM. “Will be talking on “Reimagining Indian Universities” with fellow experts. Join me live at 12 Noon on my Twitter and Facebook handles,” Mr Pokhriyal said on social media.