The Times Higher Education has released the World’s Young University Ranking 2020 for the newer generation of universities which are 50 years old or younger.  Two Indian institutes make it to the top 100 list. Check details here. 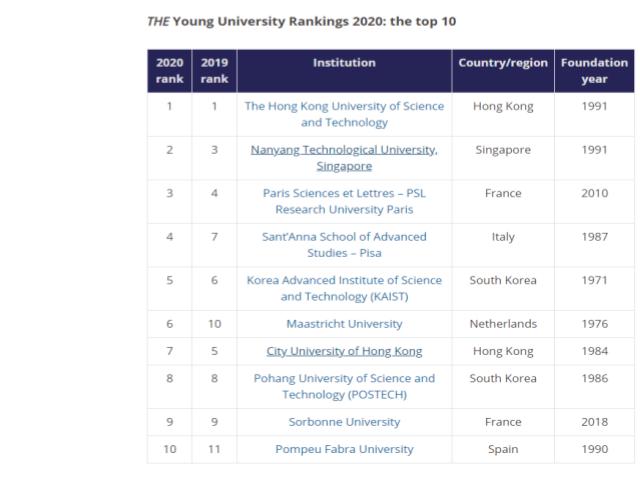 According to the Young University Ranking, the best among the youngest institutes in the country include IIT Ropar placed at 62 while IIT Indore was placed at 64th rank. The other institutes which have been listed in the ranking include IISER Pune, IIT-Gandhinagar, Amrita Vishwa Vidyapeetham, IIT-Bhubaneswar, IIT-Guwahati, and  IIT-Hyderabad which have fallen under the 101-200 ranks. 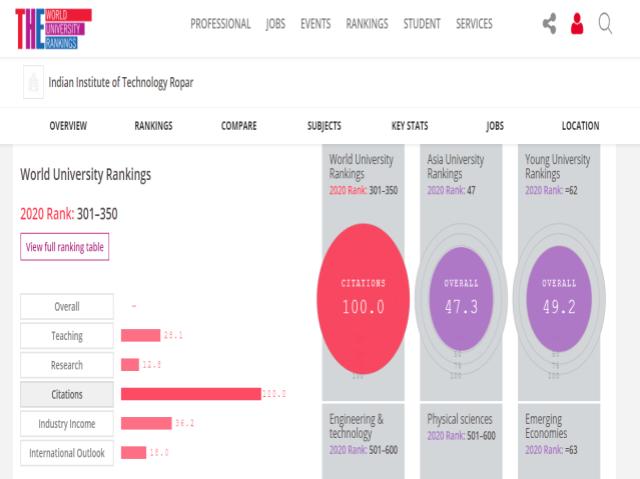 IIT Ropar Director Sarit K Das in an official statement said that the institute which is just 12 years old has become known worldwide for its global competitiveness. He has credited the success of the institute to the faculty members, students, and staff members of the institution.

IIT  Ropar has also risen in the overall Times Higher Education World Ranking as Asian University Rankings 2020 in the 47th place. The institute has also improved its position in the NIRF Ranking as the best institute in the region of Punjab, Haryana, Himachal Pradesh, Chandigarh.