Learning Class 10 Physics now becomes an easy and manageable task with the help of important diagrams provided in this article. Check important class 10 Physics diagrams to brush your concepts and score high marks in Term 2 Exam 2022.

CBSE Class 10 Science Exam 2022: Many of the class 10 students find it difficult to grasp the concepts of Physics. However, if learned through diagrammatical representations, this subject is not all that difficult. This is because diagrams aid in visual learning which is more effective than simply mugging up the concepts by writing or reading. So, continue practicing the important Physics diagrams as you proceed with your board exam preparations.

Important Physics diagrams for CBSE Class 10 Term 2 Exam are given below:

Ohm's law states that under constant temperature, the current passing through conductor is directly proportional to potential difference applied across it. 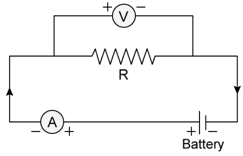 AC generator is a device which converts mechanical energy into alternating form of electrical energy. It works on the principle of electromagnetic induction. When a closed coil is rotated in a uniform magnetic field with its axis perpendicular to the magnetic field, the magnetic field lines passing through the coil change and an induced emf is produced causing the flow of current in it. 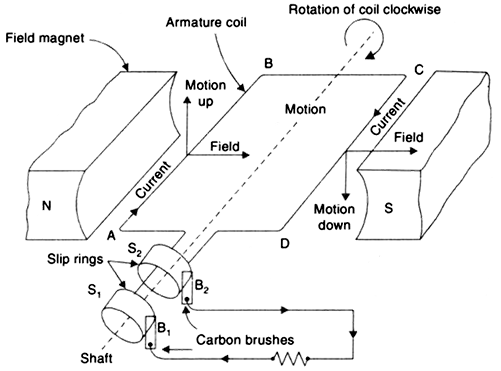 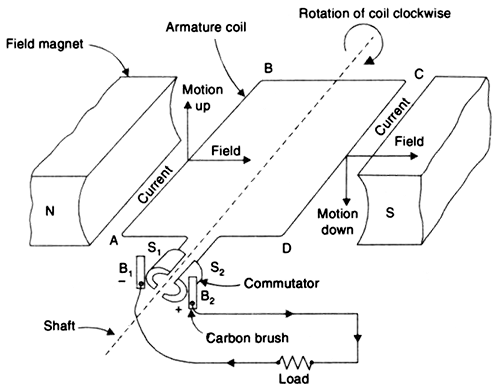 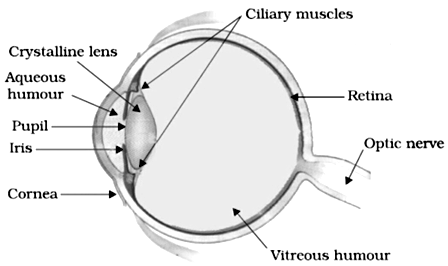 5. Defects of vision and their correction

(i) Myopia (near sightedness) and its correction with convex lens:

Myopia is the defect of the eye vision due to which a person can see the nearby objects clearly but cannot see the far objects so distinctly. In this case, the image is formed in front of the retina.

Myopia can be corrected by using a concave lens of suitable focal length in the spectacles of such a person. 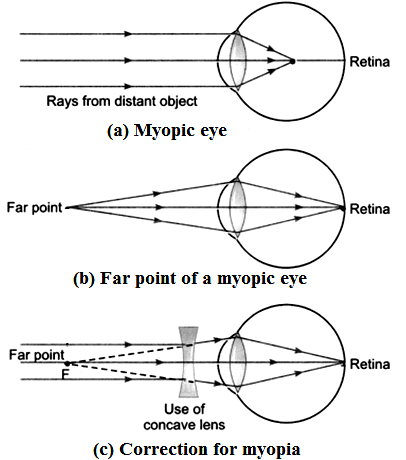 Hypermetropia is the defect of the eye vision due to which a person can see distant objects distinctly but cannot see nearby objects so clearly. In this case, the image is formed behind the retina.

Hypermetropia can be corrected by using convex lens of suitable focal length in spectacles. 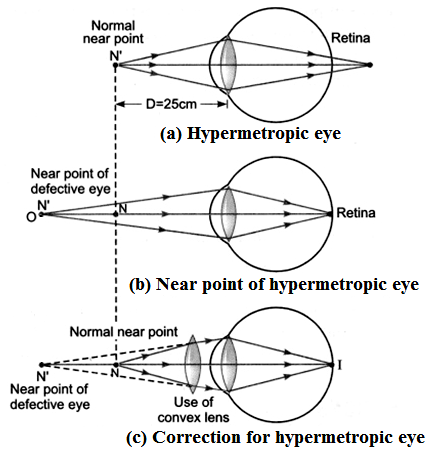 6. Refraction of Light through a Glass Prism

Prism is a transparent optical object with flat, polished surfaces that refract light. At least two of the flat surfaces must have an angle between them. 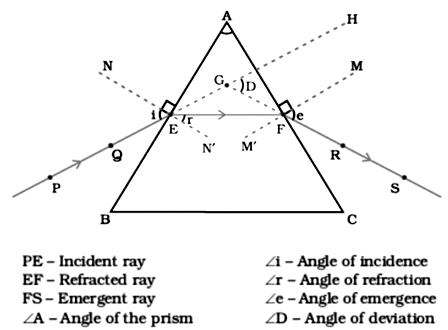 7. Dispersion of White Light by the Glass Prism

When a beam of white light is passed through a glass prism, it is split up into a band of colours called spectrum. This is called dispersion of white light. The spectrum of white light has the colours violet, indigo, blue, green, yellow, orange and red (VIBGYOR).

8. Recombination of the Spectrum of White Light

When a beam of white light is passed through a glass prism, it is split up into its component colours. When these colours are allowed to fall on an inverted glass prism it recombines to produce white light. 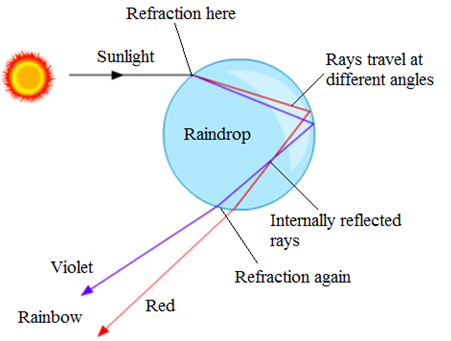 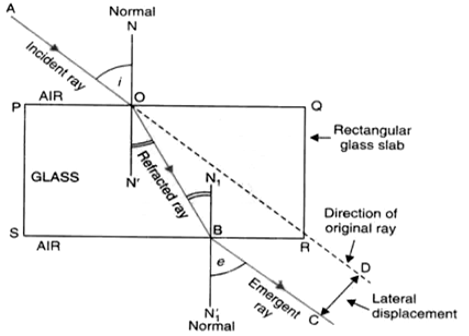 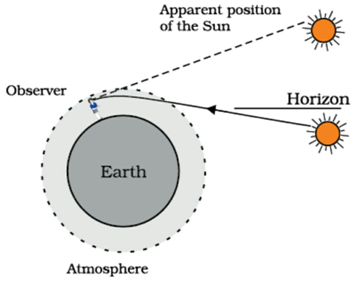 (ii) Reddening of The Sun at Sunrise And Sunset: The light form the sun near the horizon passes through thicker layer of air and has to travel larger distance to reach the earth atmosphere before reaching our eyes. Thus, most of the blue light of shorter wave length gets scattered away by the atmospheric particles and the light reaching our eyes is of longer wavelength which give rise to reddish appearance of the sun.  However light from the overhead sun at noon would have to travel relatively shorter distance due to which only a little of blue light and violet colours are scattered causing the sun appear white. 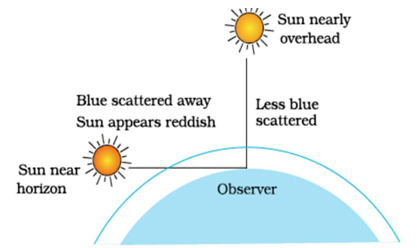 (iii)The Twinkling of Stars: The star light after entering the earth's atmosphere undergoes refraction in a continuous manner before it reaches the Earth. The atmospheric refraction is due to change in the refractive index at different level in atmosphere. The star light bends towards the normal, the apparent position is different from the actual position of star. As path of rays of light coming from star varies slightly then the apparent position of star also varies slightly and the amount of light entering the eye flickers. Sometimes, it is brighter and sometimes the star seems fainter. In this way, stars twinkle. 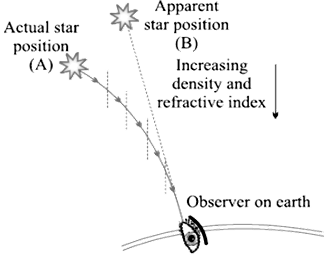 (ii) When the object is beyond centre of curvature (C): 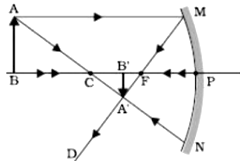 (iii) When the object is at centre of curvature: 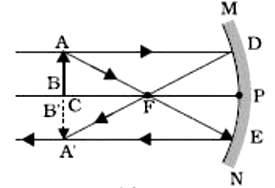 (iv) When the object is between C and Focus: 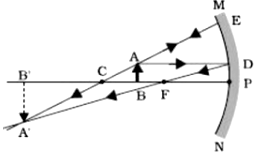 (v) When the object is at focus: 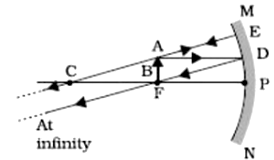 (vi) When the object is between pole and focus:

(ii) When the object is anywhere between infinity and pole