Here you will get the CBSE Class 9 Scienc, Solved Practice Paper . This practice paper has been designed completely as per the new examination pattern which covers the complete syllabus of class 9 Science. All the questions are provided with appropriate answers to make your learning simple and quick. 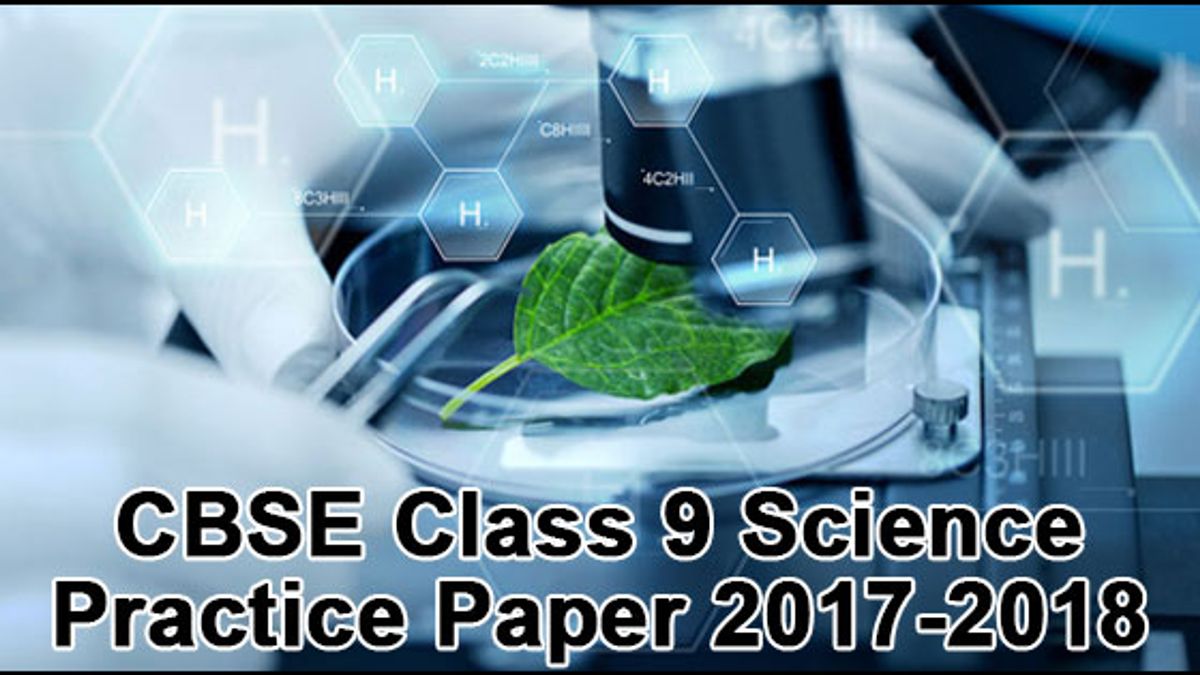 Here you will get the CBSE Class 9 Science Practice Paper 2017-2018: Set-III, to prepare for the class 9 annual exams 2018. This practice paper has been designed as per the new examimation pattern that covers the complete syllabus of CBSE Class 9 Science.

For Class 9, question papers are generally set by the school teachers  which is why the level of questions in the question papers may vary from school to school. But despite the variations in the level of question papers set by CBSE schools, there are some common questions and topics which are picked by various schools frequently. CBSE Class 9 Science Solved Practice Paper : Set-II will make you familiar with such important questions that will ultimately help you prepare better for the annual exam that will be conducted as per the new assessment structure.

Some of the sample questions from CBSE Class 9 Science Solved Practice Paper : Set-II are given below:

Rutherford compared his model of an atom with our solar system where the nucleus is like the sun and the electrons are like the planets. Thus, these electrons are also called planetary electrons.

Q. Alloy cannot be separated by physical means, though it is considered a mixture. Why?

Alloys are homogeneous mixtures of metals and cannot be separated into their components by physical methods. But still, an alloy is considered as a mixture because it shows the properties of its constituents and can have variable composition.

Q. How would you confirm that a colourless liquid given to you is pure water?

Q. Give three examples of the range of variations that you see in life forms around you.

The following range of variations can be seen in different life forms which occurs on Earth.

(i) Variation in size: Some microscopic bacteria are few micrometre in size whereas blue whale
and redwood trees of California are approximately of 30 metres and 100 metres respectively.

(ii) Variation in lifespan : Some pine trees live for thousands of years while insects like mosquitoes die within a few days.

(iii) Variation in body colours: Some life forms such as worms are colourless or even transparent whereas many of the birds, insects, flowers etc., are brightly coloured.

(a) The buoyant or upthrust force increases as more and more volume of a solid object is immersed in a liquid. When object is fully immersed in water the buoyant force becomes maximum.

• Volume or shape of object.

• Density of fluid in which object is immersed.

Q. (a) A farmer found that xanthium and parthenium are also growing along with paddy in the field? What are such plants called? How the presence of these plants affect the crop yield?

(b) List any four methods for controlling and preventing the growth of such plants?

Xanthium and Parthenium are called weeds.

Weeds grow simultaneously with the crop plants in a crop field. They grow very fast and take up all the necessary nutrients and water from the soil. As a result the crop plants do not get nutrition and they cannot grow as desired.

You may get the complete practice paper by clicking on the following link: