General awareness is a very important aspect for MBA aspirants. Thus, it is crucial that your GA quotient must be high before you appear in any MBA entrance exam. This article is aimed at enhancing your awareness about the current news and happenings that occurred globally in this week (23rd to 29th April). It will help you in your preparation for the competitive exams.

General awareness is a very important aspect for MBA aspirants. Thus, it is crucial that your GA quotient must be high before you appear in any MBA entrance exam. This article is aimed at enhancing your awareness about the current news and happenings that occurred globally in this week (23rd to 29th April). It will help you in your preparation for the competitive exams.

1. In the last week of April, Nomura Research Institute (largest Japanese consulting and IT consulting firm) announced that India’s Foreign Direct Investment (FDI) would surpass the FDI of China in 2016.

Rationale for such announcement:

1. The gap in FDI inflows between the two nations has been narrowing due to ongoing reforms in India. 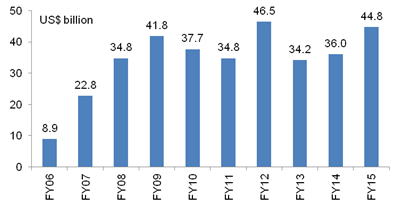 The training concentrated on the below mentioned topics for the drivers:

5. Proper attitude towards riders and customers,

6. do’s and don’ts while dealing with riders,

7. Taking proper care of the vehicle and himself (hygiene),

8. Precautions for lady passengers and

The training is designed and conducted by Ace Driving & Road Safety Education Pvt Ltd on areas of Safe Driving and Interpersonal Skills of the drivers, in order to improve the overall rider experience in Gujarat. All drivers who attend the training will be certified by FICCI and Gujarat Tourism under their program, it added. 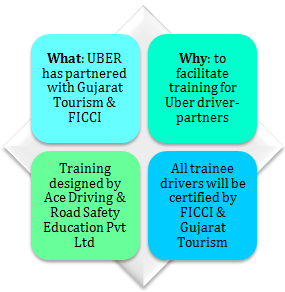 1.  Prime Minister Narendra Modi will launch a 5 crore free LPG connections to BPL families. For this scheme the money has been derived from 1.13 crore cooking gas users who voluntarily giving up their subsidies. This scheme will be launched on May 01, 2016 and it is an ambitious Rs 8,000 crore plan.

The PM will launch Pradhan Mantri Ujjwala Yojana at Ballia in Uttar Pradesh followed by a repeat function at Dahod in Gujarat on May 15.

Before launching this scheme, last year on March 27, Modi officially launched the 'Give-it-Up' campaign, urging the well-off population of India to surrender their LPG subsidy so that it can be transferred to fulfill the requirements of the needy. The aim was to make India self-reliant from energy imports by 10 per cent by 2022. 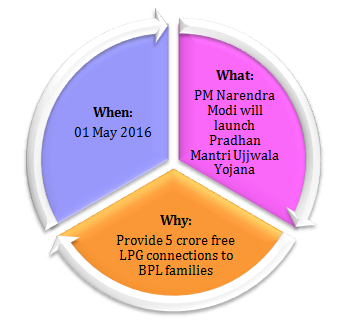 2. On 23 April 2016, the Union Government launched Sahapedia.org, India's first online interactive portal on the cultural heritage of the country. Sahapedia is a collection of resources on the diverse heritage of India. It is non-profit society, led by former TCS chairman S. Ramadorai, who is the head of the National Skill Development Agency.

The online portal aims to educate the people of India about its various traditions, visual arts, performing arts, literature and languages. The portal is accessible to all and is a strong initiative towards the digitisation and research on the traditional art forms of India and their importance in the modern era. 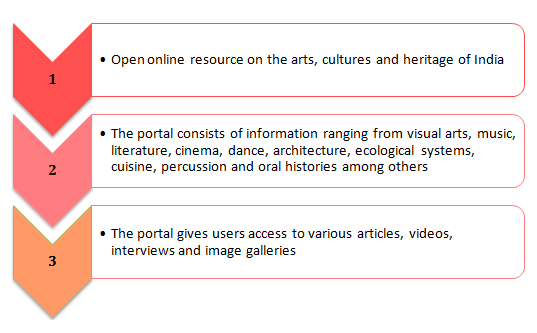 3. On 26 April 2016, Union Tourism Ministry launched NOC Online Application and Processing System (NOAPS) which is a Web Portal of National Monuments Authority. The Portal was developed by the technology and expertise of Indian Space Research Organization (ISRO). 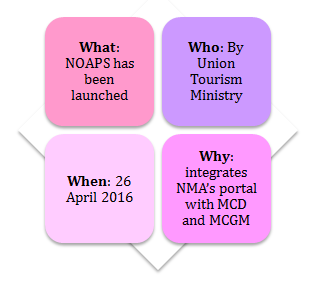 4. National Bank for Agriculture and Rural Development (Nabard) has sanctioned a loan of Rs 1,000 crore to Haryana State Warehousing Corporation (HSWC). The loan has been granted to facilitate the purchase of wheat during the ongoing rabi marketing season. This loan will aid the corporation for payment of wheat purchased from farmers in various mandis/outlets in Haryana. The state government has authorised five agencies to procure wheat at minimum support price during the 2016-17 marketing season.

1. On 24 April 2016, Mouamba Clement (the former Congolese Finance Minister) has been appointed as the Prime Minister of Congo. 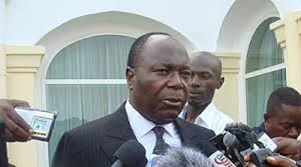 He was appointed to the post by Congo's President Denis Sassou Nguesso. His major task would be to help in creating jobs for the youth, a majority of whom are struggling with under unemployment.

3. On 25 April 2016, the Cabinet of Saudi Arabia kingdom approved the Vision 2030. The Vision 2030 is a broad-based economic reform plan. It charts out the roadmap for diversifying the Saudi economy in next 14 years in order to ensure that Saudi Arabia can live without oil by 2020. 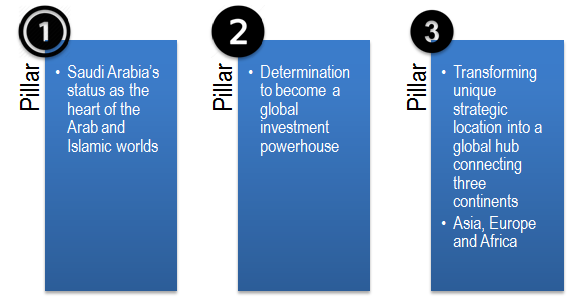 4. On 25th April 2016, World Malaria Day was observed across globe to create awareness among the people about this vector borne disease:

This year’s theme reflects the vision of a malaria-free world set out in the Global technical strategy for malaria 2016-2030.

India will hold such an event for the first time in Jaipur. However, the dates are yet to be finalized. Last year the event took place in Glasgow, Scotland in the year 2014.

2. On 26 April 2016, International Cricket Council (ICC) suspended the Cricket Association of Nepal (CAN) in its board meeting due to the interference of the country’s government in the board. The suspension would stay until the CAN becomes free of government interference and is properly structured to explored the tremendous cricket talent and opportunities in Nepal.

3. In April 2016, Badminton ace Nandu Natekar became the first non-Cricketer to be inducted into the Legends Club founded by the late Cricket Club of India (CCI) president Raj Singh Dungarpur. 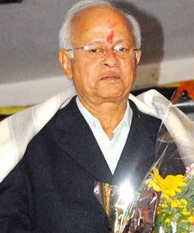 Besides, CCI president Kekoo Nicholson said that the main gate of the club will be named after late Rajsingh Dungarpur. 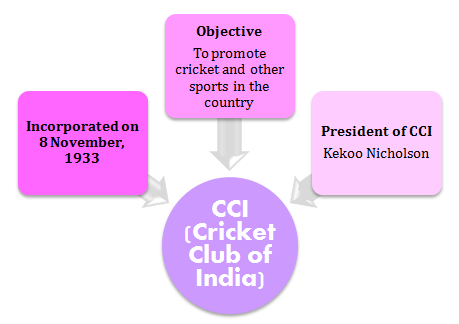 Test your Business/Corporate Awareness through the Business Quiz at jagranjosh.com