Your communication skills have the power to clutter or de-clutter the talk with your stakeholders. If your conversation is filled with numerous business jargons, it can keep you from entering into comfort zone with the other person, thereby leading to loss of interest in the conversation

The power of communication is one of the most influential skills that will help you market yourself and generate more clients. But if your clients are avoiding communication with you then one reason could be your trite business jargon that keeps them away from understanding your view-point. Business jargon (also known as corporate lingo) is considered as a shortcut word or phrase for communicating a bigger idea within business world. On the contrary, not everyone dealing in the various industries is aware of their use.

For an MBA aspirant, it is important to understand the right place where you can use these jargons to get the most out of them. Keeping business jargons as a part and parcel of everyday conversation might not go well with the other person. Thus, we bring for you a list of 6 business jargons that you must remove from your Business Vocabulary that confuses a layman while conversing with you.

1. Think outside the box

This phrase was first used in the business world in 1970s when management consultants challenged their clients to solve the ‘Nine Dots’ puzzle. When listeners heard the speaker asking them to solve the puzzle using their ‘out of the box thinking’ unfamiliar listeners asked, ‘What box?’ 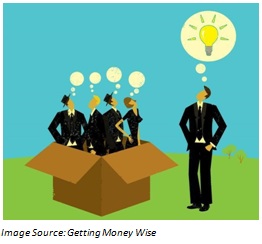 This phrase was first used in the business world in 1970s when management consultants challenged their clients to solve the ‘Nine Dots’ puzzle. When listeners heard the speaker asking them to solve the puzzle using their ‘out of the box thinking’ unfamiliar listeners asked, ‘What box?’

Keeping it Simple: You can use phrases such as ‘think creatively’ or ‘new perspective’ for others to understand your talk.

As per the Webster dictionary, the meaning of this word says “Being or producing something like nothing done or experienced or created before”. But in contemporary times, ‘innovate’ has become a marketing jargon. Even if something has not been produced afresh, introducing a new idea if also considered as innovation.

Keeping it Simple: Instead of using ‘innovate’ word too much, you can also make use of words such as launch, initiate, develop, produce etc wherever they rightly fit in the conversation.

Another hackneyed title which is used for various entrepreneurs and business persons is ‘Visionary’. On the contrary, these people should never refer to themselves as an expert, guru, visionary or any similar term in the first person. This jargon is not your quality but an inherent talent that is not required to be used to describe your personality. You might be expert at planning a future for yourself; this could also be referred to as ‘daydreaming’. When a scientist finds a plant in a habitable zone, they research more about it rather can calling themselves ‘visionaries of universe’.

Keeping it Simple: Instead of using ‘visionary’ business jargon, you can refer to someone as a strategist, planner, ideator when a new idea or business format is brought in by an entrepreneur/business person.

There needs to be a ‘paradigm shift’ in making use of this word as well. It has become a trite term that is still used widely in business world and academia. The phrase was identified by American physicist and philosopher ‘Thomas Kuhn’ to refer to change in the basic concepts and experimental practices of a scientific discipline. Later, it became a common term that is referred to indicate a change in business practises and models.

Keeping it Simple: Words such as advancement, development, refinement, diversification, transition etc. can be used to indicate ‘Paradigm Shift’ in the business thinking, practises and methods.

Marketer when provides you some new feature in the product or service it is considered as ‘Value Add on’ in business jargon. Whereas marketer forgets to consider another important fact that the newly added feature might not be of any use to you.

Adding icing on the cake not necessarily make the cake tastier. The value is added when the confectionarist confirms the flavour of icing that suits your taste or whether you prefer icing at all or not. 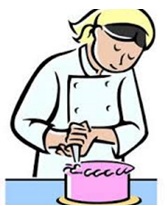 Keeping it Simple: Making use of phrases like add value and other words such as improve, upgrade, correct, amend can also serve similar purpose.

These days, when a new product or service is launched in the market, it is often termed as a ‘game changer’. In this regard, when an opponent leads you to a ‘check and mate’ move in the game of chess, this situation can also be termed as a ‘game-changer’. 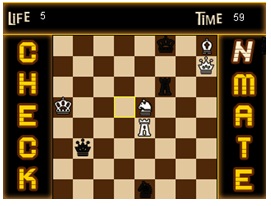 Keeping it Simple: Use of words such as trump card, breakthrough, transformation, change-over can be made to indicate ‘complete change’ in the previous product or practise going on in a particular industry.

As an MBA aspirant you must understand the power of effective communication. When you meet a client, understand the background to which they belong. Use of business jargons in formal meetings might make your speech and conversation sound flowery but on the flip side, it might restrain the other person in understanding your opinion that is crucial for the deal/business.

A purposeful and optimal use of business jargons is welcomed but an over-exaggerated use of jargons must be avoided to keep the talk simple and persuasive.

Subscribe to our newsletter to receive handy tips on personality development.