Get critical questions on Reasoning Ability for IBPS PO 2018 Preliminary exam in the form of a mock test. Here you will also find detailed explanations for the all the questions.

Critical questions (with solutions) on Reasoning Ability for IBPS PO 2018 Preliminary exam are available here. These logical reasoning questions are expected to be asked in IBPS PO recruitment exam 2018.

These questions are based on latest Syllabus of IBPS PO 2018 and it might be possible that you will get almost similar reasoning questions in the IBPS PO Prelims 2018.

If we talk about examination pattern of IBPS PO Prelims 2018, then candidates need to solve 100 questions in time duration of 1 hour. There will be a fixed time (of 20 minutes) for each section. More detail about each section is given below:

Important questions on the logical reasoning section of IBPS PO Prelims 2018 are given below:

Directions (1-5): What should come in the place of question mark (?) in the following alpha - numeric series?

6. Find out the odd one from the given options which is different from others.

Directions (7 -11): In these questions, relationship between different elements is shown in the statements. These statements are followed by two conclusions. Mark answer:

a) If only conclusion I follows.

b) If only conclusion II follows.

c) If either conclusion I or II follows.

d) If neither conclusion I nor II follows.

Directions-(12-16) Study the following information to answer the given questions:

13. Which of the following may represent ‘purchase is method'?

16. Which of the following represents 'of the process'?

Directions (18 – 19): In each of the following questions there are three statements, which are followed by three or four conclusions. Choose the conclusions which logically follow from the given statements.

I. All plates are tables.

II. All tables are chairs.

III. Some cups are chairs.

1. Some chairs are plates.

2. Some cups are tables.

3. All the tables are plates.

3. All TU being PQ is a possibility.

Directions (20 -24): Study the following information to answer the given questions.

Twelve people are sitting in two parallel rows containing six people each such that they are equidistant from each other. In row 1, John, Abrahim, Robert, Kerry, David and Michael are sitting facing South. In row 2, Peter, Adam, Beckett, Gabriel, Keats and Tom are sitting facing North. Therefore, in the given seating arrangement, each member sitting in a row faces another member of the other row. Three persons sit between Robert and Kerry. Either Robert or Kerry sits at an extreme end of the line. The one who faces Kerry sits third to the left of Beckett. Gabriel faces the one who sits third to the left of John and he cannot sit adjacent to Beckett. The immediate neighbour of Adam faces the immediate neighbour of John. Only one person sits between Peter and Keats, who is facing the one sitting on the immediate right of David. Neither David nor Michael faces Beckett. Tom and Adam cannot sit adjacent to each other.

20. Who among the following sit at the extreme ends of the rows?

22. How many persons are sitting between David and Michael?

23. Four of the following five are alike in a certain way based on the given arrangement and so form a group. Which is the one that does not belong to that group?

24. Which of the following is true regarding Peter?

a) Adam is an immediate neighbour of Peter.

b) Peter faces the immediate neighbour of Abrahim

c) Peter sits second from the left end of the row

d) Peter sits at one of the extreme ends.

e) Peter faces the one who is second from the right end of the row.

Directions (25-29): Read the following information carefully to answer the given questions.

25. Who among the following represents Africa?

26. Who among the following represent immediate neighbours of V?

e) P and the representative of Jamaica

27. Which of the following is true regarding W?

a) W sits second to the right of P.

c) W sits between Q and the representative of Switzerland.

d) Only one person sits between W and the representative of Africa.

28. How many persons sit between S and the representative of Romania, when counted anticlockwise from S?

29. Which of the following is true?

b) Only one person is sitting between the representatives of Romania and Jamaica.

c) The representative of Africa is an immediate neighbour of W.

d) One person sits between Z and the representative of Portugal.

30. Study the given information carefully and answer the given questions.

How far is point R from point M?

Direction (31-32): Answer the questions based on the number sequence below

31. If the numbers are arranged in descending order, which number would be the second last in the sequence?

32. If ‘1’ is added and subtracted from each number alternatively starting with addition from the last number of the sequence, how many odd numbers will be there in the sequence?

Directions (33-35): Study the following information and answer the given questions:

34. Which of the following is true about F4?

a) F4 watches the movie immediately after F3.

c) Only two people watch the movie between F4 and F3.

d) All the given statements are true

a) The one who watches Interstellar

b) The one who watches Immortals

c) The one who watches Iceman

d) The one who watches Inferno

e) The one who watches War days

C→H→M→R→W, there is simple addition of five letters. 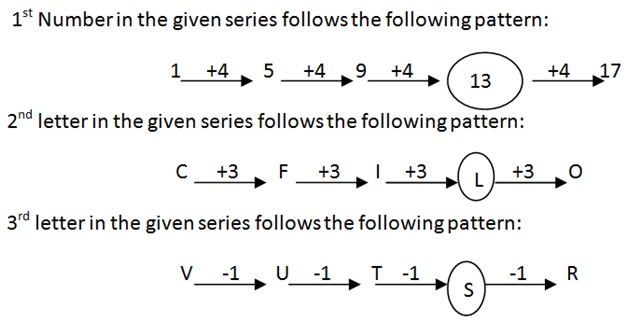 Explanation: From the statement we get, K≥D≤N>B. Hence neither I nor II is true.

Explanation:  From the given statement we get D=N>B <L, hence D>B is definitely true but L>D is false.

Explanation: From the statement we get C≤D=N<F, thus C<N is false as C can also be equal to N but F>C is definitely true. 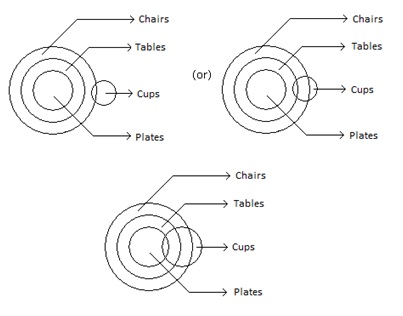 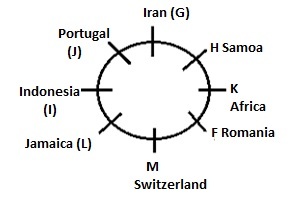 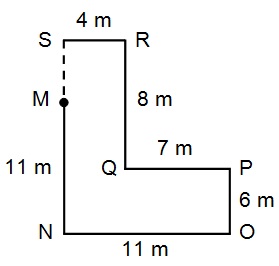 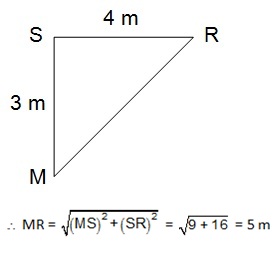 Explanation: Adding 1 and subtracting 1 alternatively from each number starting from the last number will make the sequence:

There are two odd numbers.