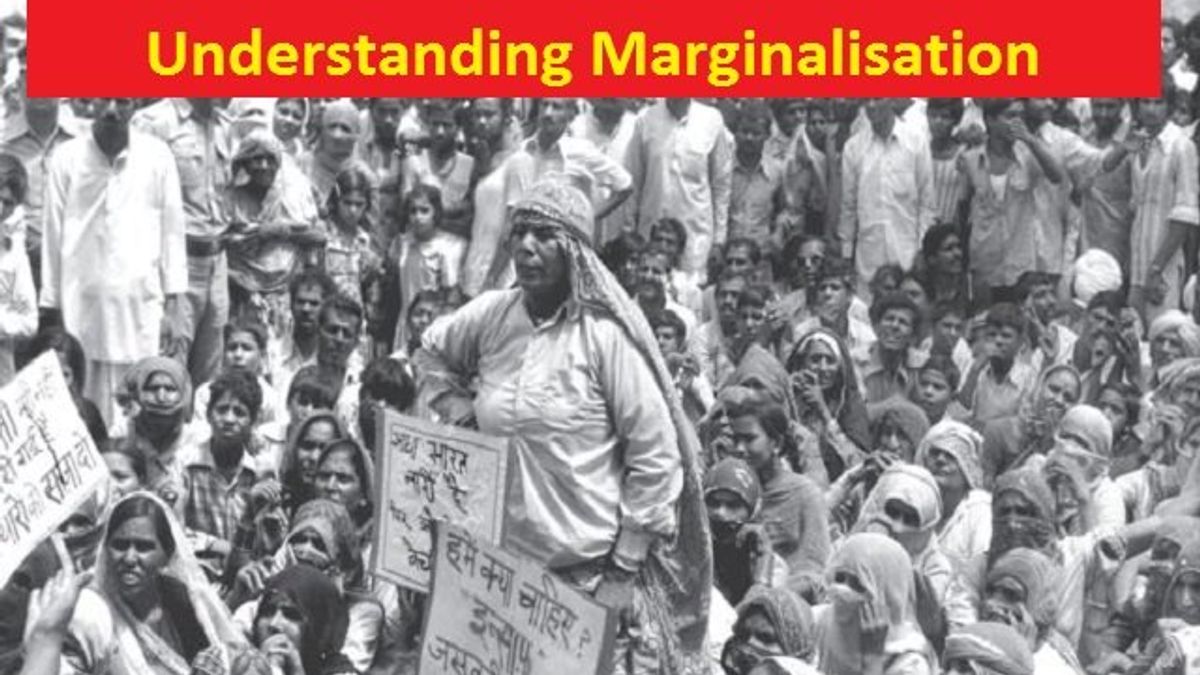 NCERT Solutions for Class 8 Social Science Civics Chapter 7 - Understanding Marginalisation will help you find accurate and simple answers to all the exercise questions given at the end of this chapter. You can easily get access to these questions and answers either in online mode or download them in PDF format. One important thing about these NCERT Solutions is that we have provided answers to the questions given in chapter 7 of the latest edition of Class 8 Civics NCERT Book. Students must read the latest NCERT Solutions to score high marks in exams.

1. Write in your own words two or more sentences of what you understand by the word ‘marginalisation’ .

Marginalization is the social process of being confined to a lower social standing. It involves people being denied their fundamental rights that results in lowering their social and economical status. It is a situation when a particular social group is forced to live on the fringes rather than in the mainstream.

Adivasis are being increasingly marginalised for the following two reasons:

(i) People consider Adivasis as exotic, primitive and backward communities that has led to their marginalisation.

(ii) Changes in forest laws robbed the Adivasis of their natural territory and livelihood due to which they turned into marginal and powerless communities.

3. Write one reason why you think the Constitution’s safeguards to protect minority communities are very important?

4. Re-read the section on Minorities and Marginalisation. What do you understand by the term minority?

Minority refers to a community that is numerically small in relation to the rest of the population in terms of race, religion, language or political persuasion. For example, Sikhs are in minority in comparison to Hindus.

5. You are participating in a debate where you have to provide reasons to support the following statement: ‘Muslims are a marginalised community’. Using the data provided in this chapter, list two reasons that you would give.

Two reasons to support the statement that Muslims are a marginalised community are:

6. Imagine that you are watching the Republic Day parade on TV with a friend and she remarks, “Look at these tribal people. They look so exotic. And they seem to be dancing all the time”. List three things that you would tell her about the lives of Adivasis in India.

Three things that I would mention about the lives of Adivasis in India are:

(i) Adivasis were hunters and gatherers and lived like nomads. They practised shifting agriculture and also cultivated at a single place.

(iii) They have their own languages which have influenced the formation of Indian languages, like bengali.

7. In the storyboard you read about how Helen hopes to make a movie on the Adivasi story. Can you help her by developing a short story on Adivasis?

Students are suggested to attempt this question on their own.