Railway Recruitment Board (RRB) announced examination dates for RRB NTPC (Graduate) Examination (CEN No. 03/2015). The examination is scheduled to start from 31 March 2016. 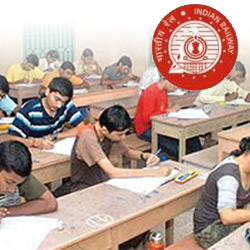 Railway Recruitment Board (RRB) announced examination dates for RRB NTPC (Graduate) Examination (CEN No. 03/2015). The examination is scheduled to start from 31 March 2016.

RRB released official notification for 18252 vacancies in various Non-Technical categories (Graduate jobs) at Zonal Railways/ Production Units through Central Employment Notice 03 /2015 (CEN No. 03/2015). Applications, for RRB NTPC examination, were invited from 26 December 2015. The massive vacancy had geared up the preparation pace of all government job aspirants. Applications were invited till 25 January 2016.

The examination will commence from 31 March 2016. The date, time and venue of the examination, aptitude test and skill test have been updated by the RRB.

Candidates will have to appear for the CBT (Computer Based Test) Exam for all the 09 categories of posts. The test will be Objective Multiple type and will carry negative marking (1/3) for every wrong answer. It will be in English, Hindi, Urdu and other local languages. Questions asked will be related to General Awareness, Arithmetic, General Intelligence and Reasoning. The CBT exam will be of 90 minute duration and it will consist of 100 questions.

The CBT exam will be followed by Skill Typing test or Aptitude Test (wherever applicable) and document verification. Number of candidates called for the typing skill test/ aptitude test will be 08 times the number of vacancies.

The marks of typing skill test will not be considered for making the merit list. For appearing the typing skill test, candidates ought to have a typing speed of 30 wpm in English/ 25 wpm in Hindi in PC with disabling editing tools and spell check facility. For Hindi typing test, KrutiDev and Mangal font will be used.