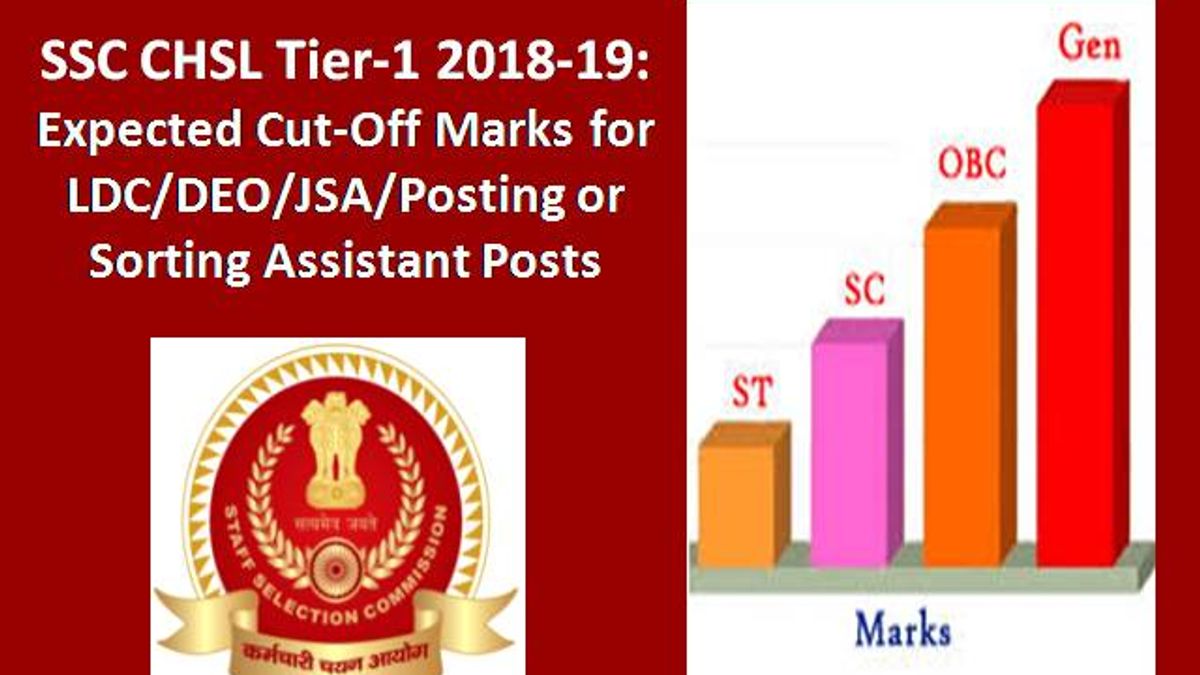 Candidates who have appeared for the SSC CHSL Tier-1 (CBE) 2018-19 Exam from 1st July till 11th July 2019 can check the expected cut-off marks here. Based on the difficulty level of the questions, we have guestimated the Cut-Off Marks of SSC CHSL Tier-1 (CBE) 2019 Exam. After getting delayed by almost an year, SSC has conducted CHSL 2018 exam this year for the posts of Lower Divisional Clerk (LDC)/ Junior Secretariat Assistant (JSA), Data Entry Operators (DEO) and Postal Assistant (PA)/ Sorting Assistant (SA). SSC will declare the CHSL Tier-1 2018-19 Result on 11th September 2019. Let’s first look at the exam pattern which was followed in SSC CHSL Tier-I (CBE) 2018-19 Exam:

SSC CHSL Tier-1 2018-19 Exam consisted of total 100 questions of 2 marks each in the Objective MCQ Format. Difficulty level of the questions in the exam was of ‘easy to moderate’ level. Also, there was negative marking of 0.5 marks for wrong answers.

Questions asked in the exam consisted of easy to moderate level under four sections – Quantitative Aptitude, English Language, General Intelligence & Reasoning and General Awareness. Also, there is negative marking of 0.5 marks for wrong answers.  The marks of Tier-1 Exam will be considered in final merit List. Let’s have a look at the Expected Cut-Off for SSC CHSL Tier-I (CBE) 2018-19 Exam:

After clearing the cut-off marks, students are advised to look at the below points for further selection procedures: