UPSSSC JE 2016 has been released by the Uttar Pradesh Subordinate Services Selection Commission at upsssc.gov.in, Candidates can download PDF in the article below.

UPSSSC JE 2016 Result: Uttar Pradesh Subordinate Services Selection Commission (UPSSSC) Lucknow announced the result of the UPSSSC JE Exam 2016 on its official website (upsssc.gov.in). Combined Junior Engineer and Deputy Architect (General Selection) Competitive Examination-2016 was conducted on 19 December 2021. Those who participated in UP JE Exam can download the UPSSSC JE Result by visiting the website of the commission.

The commission declared the result for the post of Jr Engineer on 21 January 2023. The candidates who registered for the post can check their results now. UPSSSC JE Result Link is also given below. UPSSSC Junior Engineer Result is available on the official website upto 10th February 2023. The candidates are advised to check their UPSSSC Result before the mentioned date.

The candidates can check the category-wise result below: 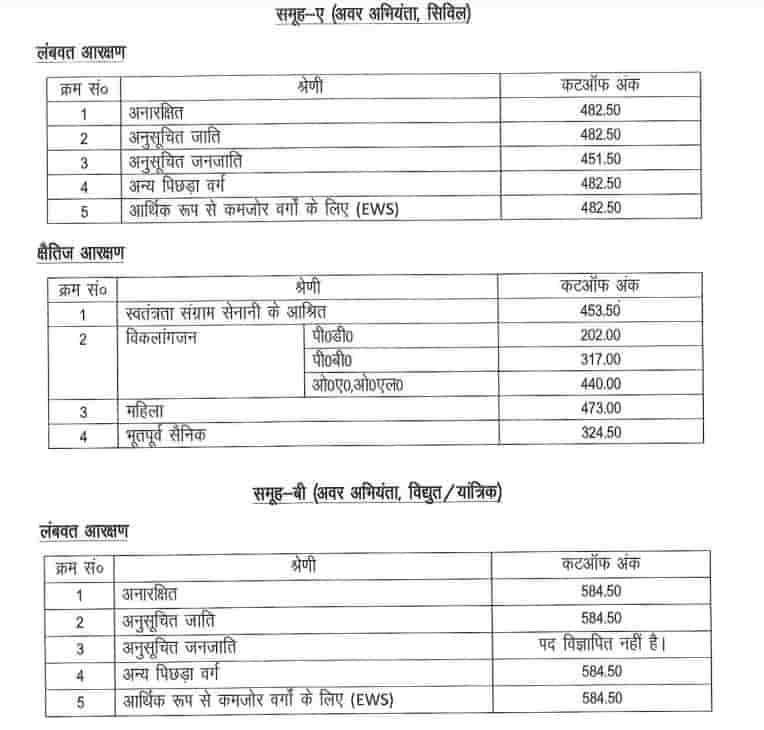 Step 4: Check the details of the shortlisted candidates

UPSSSC conducted the exam for the recruitment of 486 vacancies. In 2016, UPSSSC authorities invited applications from 27 December 2016 to 19 January 2017 on its official website. The exam was conducted after 4 years. All those who registered during this timeline appeared for the exam in pen-and-paper mode. Now, they can check their individual result on this page.