Iran attacks US troops in Iraq; India issues travel advisory: All you need to know!

India has advised all Indian airlines to avoid the airspace of Iran, Iraq and the Gulf following rising tensions between the US and Iran. 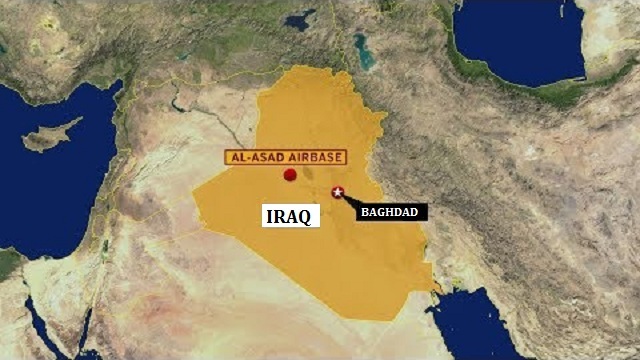 Iran attacks US base in Iraq: Iran has launched many surface-to-surface ballistic missiles at the US troops stationed at air bases in Iraq. This was confirmed by the Pentagon on January 7, 2020.

Iran’s military response comes in retaliation to the slaying of its top General Qassem Soleimani. In its retaliatory strike, Iran targeted Ain Assad and Irbil military bases in Iraq. There are currently no confirmed casualties in the attack.

The Pentagon is currently assessing the damage caused by the Iranian airstrike.

India has advised all Indian airlines to avoid the airspace of Iran, Iraq and the Gulf following escalating tensions between Iran and the US.  The Directorate General of Civil Aviation stated that all concerned airlines have been sensitized to remain vigilant and take all precautions.

The Union Ministry of External Affairs has also issued a travel advisory, advising Indian nationals to avoid all non-essential travel to Iraq until further notification. The Indians living in Iraq have also been advised to stay alert and avoid travel within the nation. The Indian embassy in Baghdad and Consulate in Erbil will, however, continue to function normally. 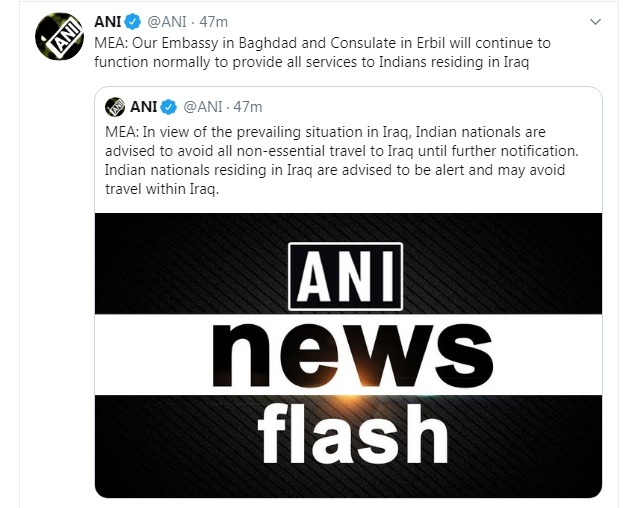 The American Federal Aviation Administration has currently banned all US non-military flights operating over the airspace of Iran and Iraq and the waters of the Persian Gulf and the Gulf of Oman.

How will this impact India?

The crude oil prices rose sharply following the missile strikes. The crude prices jumped more than 3.5 percent on January 7, 2020. The rise in oil prices could have an adverse impact on the world economy, which is already struggling.

India will also be impacted by the rising oil prices, as it imported almost 84 percent of its crude oil from Iran to fulfill its oil requirements in 2019.

President Trump responded to the attacks by saying that all is well. He confirmed the launch of missiles targeting two US military bases in Iraq and said that the assessment of casualties and damages is taking place. He further stated that the US has the most powerful and well-equipped military anywhere in the world, by far.

The Speaker of US House of Representatives, Nancy Pelosi tweeted saying that both the US and the world cannot afford war.

Iran’s Foreign Minister Javad Zarif also tweeted saying that Iran took and concluded proportionate measures in self-defense under Article 51 of the UN Charter. Zarif stated that Iran had targeted the base from which armed attack was launched against its citizens and senior officials. He reiterated that Iran does not seek escalation or war but will defend itself against any aggression.

Iran had passed a bill on January 7, 2020 designating all US forces and Pentagon as terrorist entities. The move came after the US launched an airstrike outside Baghdad Airport, killing Iran’s top General Qasem Soleimani, the head of Quds Force.

Iran vowed to respond to the military action and announced that it will no longer limit itself to the restrictions stated under the 2015 Nuclear Deal.

US President Donald Trump had warned in a tweet that if Iran targets any US military base or American, the US will be quick in sending their newest trillion dollars worth military equipment Iran’s way. He had also threatened to target important Iranian sites in retaliation.