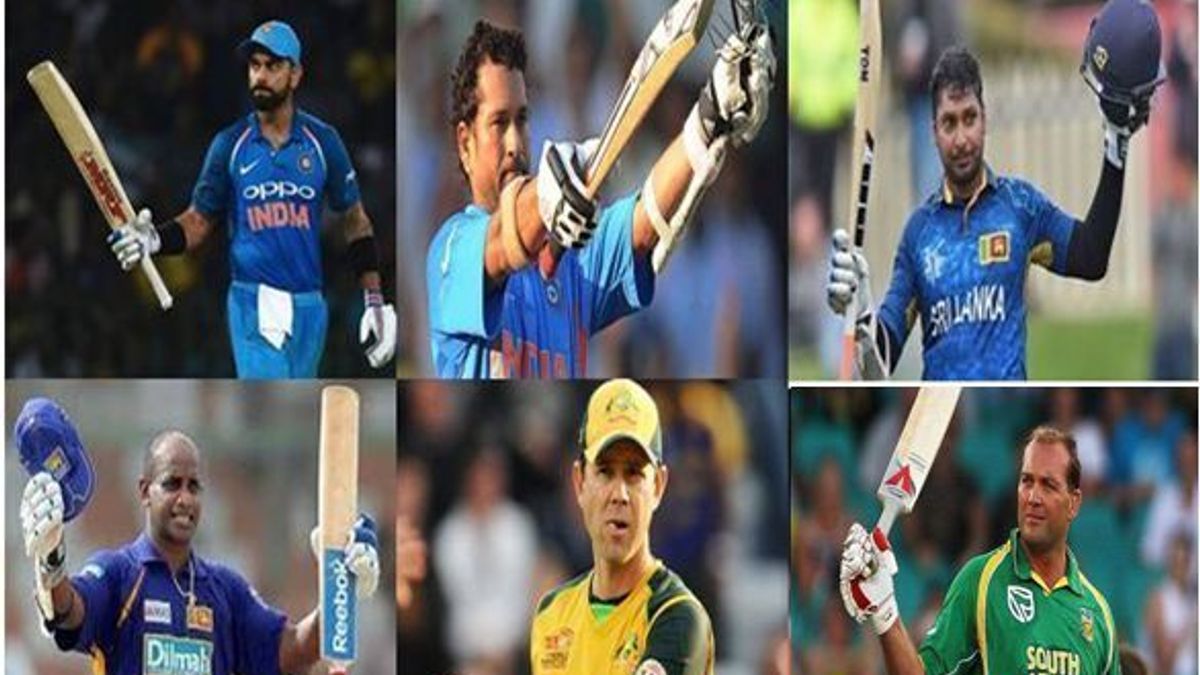 Recently Kohli has broken the record of fastest 11,000 runs against Pakistan in ODI. Kohli has completed 11000 runs in just 222 innings while Sachin achieved this feat in 276 matches.

In addition to Sachin and Kohli there are 7 other players have also completed 11000 runs in the ODIs.

The name and records of the all 11000 runs scorers is as follows;

Sachin Tendulkar has scored highest number of (2,278 runs) in the ICC cricket World Cups. Sachin had hit the most centuries (6) in ICC Cricket World Cup and the only player who has scored most runs (673) in a tournament.

Kumar Sangakkara has played cricket for 11 years, 227 days while Sachin had played 23 years.

All time great all rounder Jacques Kallis has scored 11,579 runs in his 18 year long ODI career from 1996 to 2014.
Jacques Kallis is first & only player in cricket history to achieve the mark of 10,000 runs in Tests & ODI each and more than 200 wickets in the Tests and ODIs each.

Ganguly is named as the one of the most successful captains of the Indian cricket team. Sourav Ganguly has scored 11,363 runs in his 15 year long ODI career from 1992 to 2007.

He was the only second Indian who scored more than 11000 runs in the ODIs. Ganguly has the record of highest individual score (183 runs) in the World Cup by any Indian so far.