Brain Teaser for Testing Your IQ: Can you spot the mistake in Birthday Party Picture in 7 secs?

Brain Teaser for Testing Your IQ: In this fun puzzle, try to spot the mistake hidden in the Birthday Party Picture. Can you find the mistake in 7 Seconds?

Brain Teaser for Testing Your IQ: If you enjoy solving fun quizzes and puzzles, then this brain teaser is for you! Brain teasers allow you to use your analytical side and make your brain works differently. Such brain quizzes make a simple puzzle more interesting by adding a fun task to it. For coming to a solution, you need to think outside of the box and analyze the problem little a differently. So, we have come up with an interesting brain teaser where you have to spot the mistake hidden inside the Birthday Party Picture.

Brain Teaser for IQ Test: Can you spot the mistake in the Birthday Party Picture in 7 seconds? 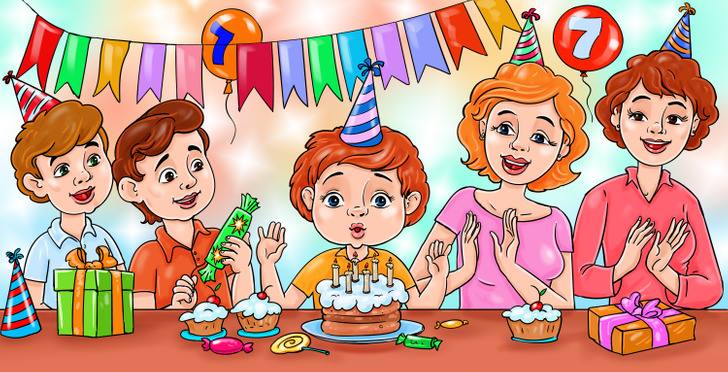 Identify who kidnapped the scientist

In the above image, you have to spot the mistake hidden inside the birthday Party picture. In the image, you can see the children and ladies celebrating the birthday of a kid. The room has been decorated with balloons and frills. The presents and treats have been kept on the table. The kid has made his wish and is now blowing out the candles before cutting his birthday cake.

Can you identify the Girl's Lover?

But were you able to identify the mistake in the picture? You are required to carefully look at the image before answering the question as the answer is quite simple but tricky. As a heads up, the answers to this brain teaser have been given right below the question, so make sure you don’t scroll too far and cheat!

Can you spot the mistake in Girl's Dishwashing Picture? 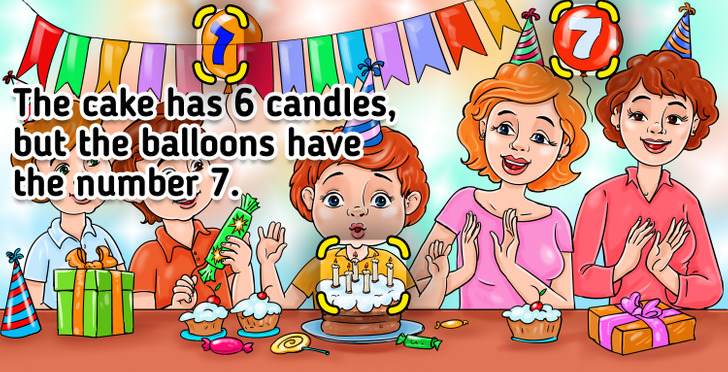 Guess who is the Dog Owner in Room

The cake has 6 candles, but the balloons have the number 7. So, the mistake in the picture is the mismatch between the number of candles and the age of the kid written on the balloons.

Can you spot a mistake inside the Girls Swinging Picture?

This brain teaser was a bit tricky but a simple one as it needed less time to solve. Such kind of mind riddles doesn't require mathematics skills but is a simple test of knowledge and lateral thinking. However, it sure feels great when you figure out the answer in a few moments. This mind puzzle is just another fun way to assess your IQ Level. However, attempting an actual IQ test is a good way of knowing your Intelligence level.

Guess who is Left-handed in the picture