International Yoga Day is observed on 21st June every year around the world. It is also known as World Yoga Day. It was first celebrated on 21 June, 2015. Do you know the theme of International Yoga Day 2019, history behind its celebration, why it is celebrated, what is the importance of yoga and objectives. A lot more information about Yoga is given in the form of questions and answers. let us sove it! 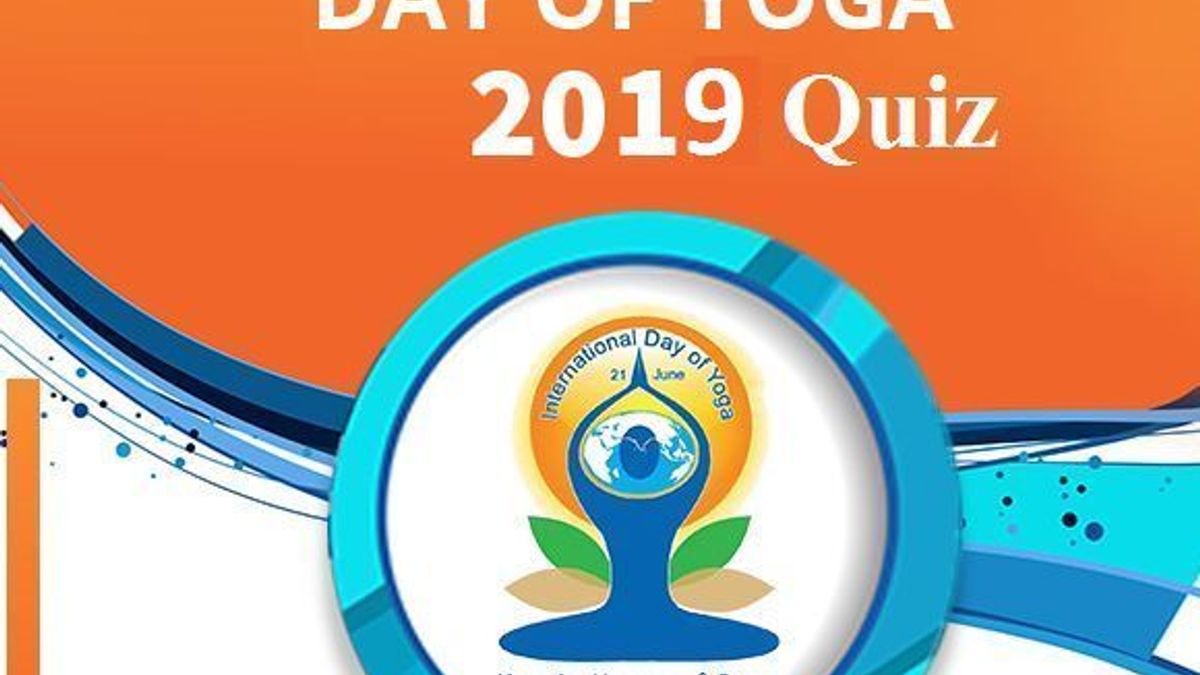 On International Yoga Day in India Prime Minister Narendra Modi will join the Yoga session with around 18,000 people in Ranchi, Jharkhand. He always urges people  to make yoga an integral part of their lives. International Yoga Day is a worldwide event celebrated by the people of all countries through meditation, discussions on the importance of yoga and its benefits on health, debates, meetings etc.

First time it was celebrated on 21st June by the initiative of PM Narendra Modi speech on 27 December, 2014 in the United Nations General Assembly. This proposal was passed by 193 members on 11 December 2014 and Sam Kutesa, the President of UN general Assembly announced to celebrate the International Yoga Day on 21 June. Yoga is beneficial for human being and to spread awareness among people about the importance of yoga in our daily life this event is celebrated on wide scale.

1. When first International Yoga Day is observed in India?

Explanation: In the 90 days, the UN General Assembly passed the proposal of Prime Minister Narendra Modi with full majority to celebrate the Yoga Day. The first International Day of Yoga was celebrated on 21 June, 2015 across the world. This day crores of people did yoga in the world which was itself is a record.

2. Where the resolution of celebrating International Day of Yoga is passed?

A. World Health Organization
B. UN, General Assembly
C. India, Parliament
D. None of the above

Explanation: In UN General Assembly the resolution of celebrating International Day of Yoga is passed.

3. Who had introduced yoga first time to the western world in a religion conference Chicago, America?

Explanation: In the modern era, Swami Vivekananda, re-introduced the importance of Yoga to the Western world, when he addressed the World Parliament of Religions in Chicago in 1893.

4. Who is known as Father of Yoga?
A. Patanjali
B. Shiva
C. Brahma
D. Tirumalai Krishnamacharya

Explanation: In Yogi Culture, Lord Shiva does not considered in the form of God but as Adiyogi (first yogi). Lord Shiva is known as the father of yoga. According to the legends of yoga, the first expansion of yoga was done by Shiva among his seven disciples. He gave the knowledge on Guru Purnima day to his seven disciples and said that yoga science is not yoga or some practice, but it is the mechanism of the whole human system.

5. Which Veda mentions about the elements of yoga?

Explanation: In the  Rig Veda elements of yoga are mentioned.

Explanationa: On 21 June, 2019, Prime Minister Narendra Modi will participate in the program of International Day of Yoga in Ranchi, Jharkhand.

A. Connect the Youth
B. Yoga for mind
C. Yoga for Peace
D. Climate Action

Explanation: The theme of the International Day of Yoga 2019 is 'Climate Action'.

9. What do you understand by the term Doga?

A. Doga is a not a form of yoga.
B. Doga is a kind of yoga by using dogs as props
C. Doga is related with dogs
D. All the above options are wrong

Explanation: Doga is a type of yoga by using dogs as a prop.

10. Celebration of International Yoga in India is done by which ministry?

Explanation: The event of International Day of Yoga in India is organized by the Ministry of AYUSH.

What is Ozone Pollution and how it affects health?