Optical Illusion: We dare you to spot the rhino among elephants in 9 seconds

In this optical illusion picture, a rhino is hiding in plain sight among the elephants. You are a genius if you can spot the hidden rhino in 9 seconds or less. Test your observation skills by attempting this optical illusion challenge now!
Mrigank Chakraborty Updated: Dec 2, 2022 18:43 IST
Find Rhino in 9 Seconds

Optical Illusion Test: Optical illusions are mind-bending images that challenge your perception and test your observation skills. There are three types of optical illusions literal, physiological, and cognitive.

Netizens enjoy resolving optical illusion puzzles. It is a fun way for them to spend their time while also demonstrating their problem-solving abilities to their friends and peers.

Optical illusions may also improve your concentration and observation skills, according to research.

Would you like to put your observation skills to the test?

Then, this attempt this optical illusion test now. 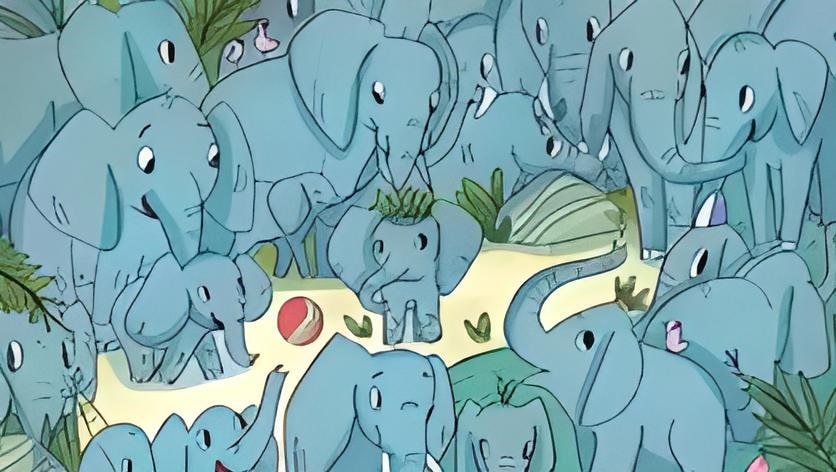 The image shared above shows a forest scene in which you can see a herd of elephants enjoying their time.

You can see adults as well as baby elephants present in the herd.

There is a hidden rhino that has sneaked into the herd of elephants in this picture.

You need to find the rhino within 9 seconds or less to test if you have good observation skills.

If you really want to know what your IQ levels are, professionally created IQ tests are the best way to find out.

Did you find the rhino in 9 seconds?

The challenge is to find the hidden rhino among the elephants within 9 seconds.

The rhino has blended itself with the elephants in such a way that it is difficult to recognise it at first glance.

The key to solving this challenge within the time limit is to observe the image carefully.

This test is all about your observation skills, and the level of your focus will help you a lot in clearing the optical illusion challenge successfully.

Have you spotted the rhino?

Hurry up; time is running out.

There are only a few more seconds left.

Did you see the rhino now?

We believe that some users with good observation skills might have already spotted the rhino.

Are you still looking for the rhino?

Curious to know where the rhino is?

Not to worry; we have provided the solution below.

Find the Rhino in 9 Seconds - Solution

The rhino can be spotted near the block of stone due to its lower height than the elephants.

Have you enjoyed the challenge?

If yes, then here are some more for you

Optical Illusion: Can you spot the hidden duck in 15 seconds?

Optical Illusion: Can you spot the football among pandas in 13 seconds?

Optical Illusion: You have eagle eyes if you can find the lizard in 15 seconds