Optical Illusion: We dare you to spot Zuno the hidden dog within 11 seconds

Optical Illusion: One of the most popular items on the Internet now is optical illusions, and its popularity is witnessed by the insatiable desire of netizens who look towards more such challenges.

Optical illusions, apart from proving to be a source of entertainment among netizens, also serve as tools for scientific research in the field of psychoanalysis.

Some studies suggest that optical illusions are helpful in understanding the workings of the human brain.

Also, it has the potential to enhance your observation skills, which can sharpen your brain functions by providing light exercise for the brain.

Are you ready to test your levels of perception and observation skills?

Then, let’s jump right in.

Optical Illusion: Can you spot the hidden frog within 17 seconds? 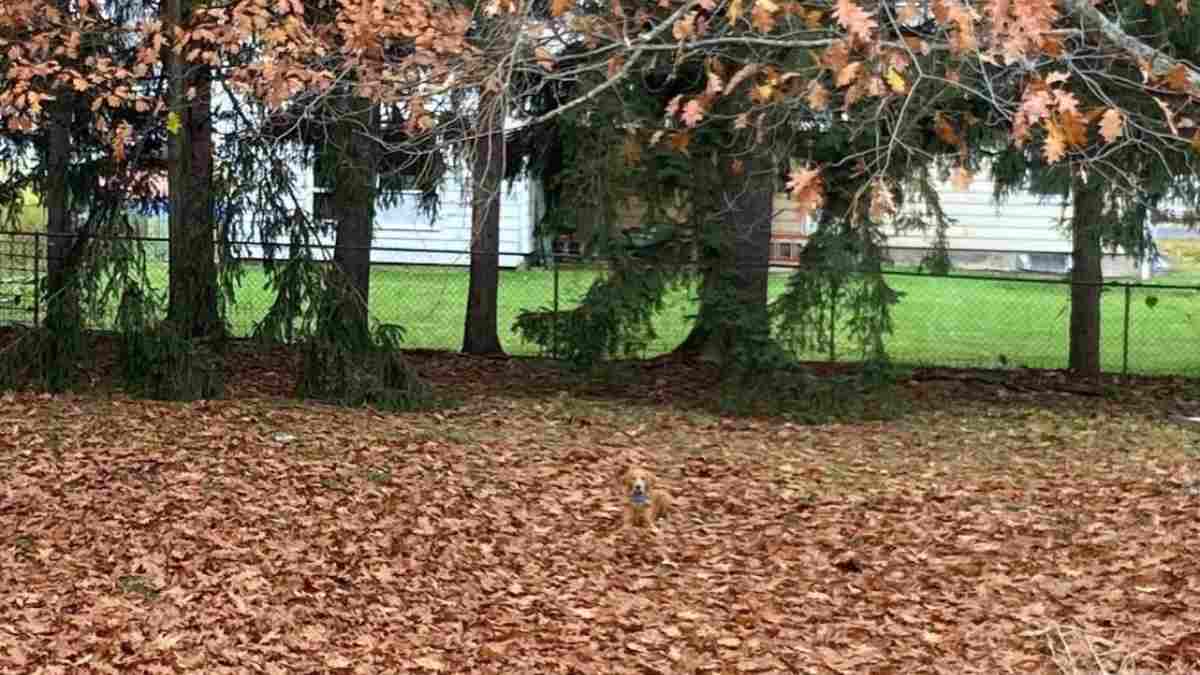 The above image is a park scene, from which you can understand that it is autumn time and the leaves have fallen from the trees.

This image was shared on Reddit by a user named Steve, who is asking fellow netizens to spot the hidden canine from this park scene.

The sight of the fall season is a beauty in itself, as the trees shed their leaves to prepare themselves for the harsh upcoming winter.

This scene looks beautiful without a doubt. But, do not get lost in any other thoughts, as you have a hidden dog to find within 11 seconds.

This dog doesn’t have a name hence we decided to name him Zuno.

Optical Illusion: This Hidden Lizard is Impossible to Spot in 11 Seconds!

Now, can you spot Zuno within 11 seconds?

Look carefully at the image and, while enjoying the beauty of the scene, also look for the cute dog that is hiding somewhere in the image.

Dogs are playful and honest creatures. They like to explore new areas out of curiosity. It is also said that dogs are very faithful.

In the picture, Zuno, the hidden dog, is trying to explore the surroundings, and by doing so, has ventured far from the eyes.

It will take a person with excellent observation skills to solve this relatively straightforward challenge.

Have you spotted Zuno the hidden dog?

Hurry up, time is running out.

The dog has blended in with the fallen leaves, making it difficult to spot.

Optical Illusion: You are a Genius if you can spot the hidden telephone in 9 seconds

How many of you were able to spot the hidden dog?

Those who have spotted the dog have exceptional observation skills.

Are you still looking for Zuno?

Then scroll below for the solution.

Here you can see Zuno sitting happily. Due to the colour of the leaves and his fur being similar, it was difficult to spot him.