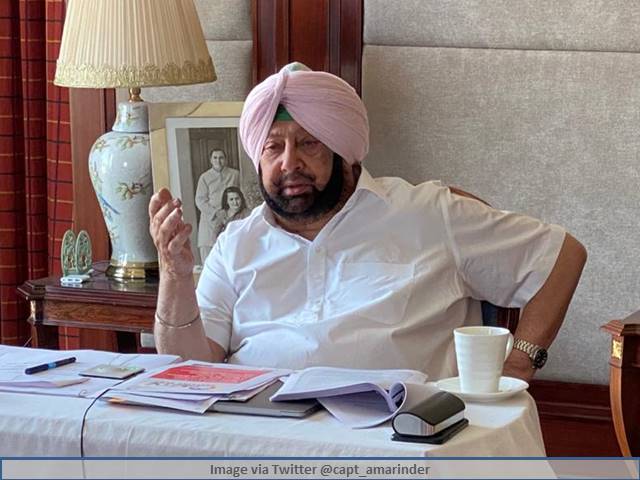 PSEB 12th Result 2020 Cash Prizes for Toppers: Punjab Chief Minister Capt Amarinder Singh has announced cash prizes for class 12 students who have secured above 98% marks in the recently announced Results 2020. Each student who has scored above 98% marks in the exam would be awarded cash prize of Rs 5000/- each. The formal announcement in this regards was made by Chief Minister himself during his weekly interaction session '#AskCaptain' on social media. During the session he also clarified that the exam for Open School Students, which is still pending, will be held later on. As of now, these students will be grated provisional admission to higher classes.


CM @capt_amarinder Singh announced a cash prize of Rs. 5,100 each for 335 students who scored above 98% in PSEB Class 12th exams and also appreciated the hard work of teachers in achieving an unprecedented pass percentage of 94.32 in Govt Schools. pic.twitter.com/PsEogxwITV

AS per the announcement made by the Punjab Chief Minister, each students who has secured above 98% marks in the recently announced Punjab 12th Result 2020 for Senior Secondary Board Exams, will be provided a cash prize of Rs 5100/- each under the scheme. During the interactive session, CM Captain Amarinder Singh also lauded the hard work of government school teachers who coached the students well to secure an overall pass percentage of 94.32% this year. He also added that the state government had launched several initiatives to ensure quality of education in government schools improves. As part of this, the state government has launched a recruitment drive for efficient teachers and ensured proper attendance while upgrading government schools to smart schools. All these initiatives have resulted in better result for government schools this year.

Addressing another important query of student community, Punjab CM also said that the state government has not yet managed to hold examination for Open School students. He said that the PSEB 12th Result 2020 for Senior Secondary students was announced on the basis of internal assessment but this could not be done for students of open schooling. Therefore, students who are registered under open school and are due to appear for Board Exams, will be granted provisional admission to higher classes as of now; however, they will have to appear for the board exam later on, as and when the situation becomes conducive.