In this article, you can find the syllabus of CBSE Class 11th Mathematics for the academic session 2016‒2017. You can view and download the complete syllabus from this article.

CBSE has released syllabus of Class 11 for the academic session 2016‒2017.

The key contents of the syllabus issued by CBSE for Class 11th Mathematics are:

The complete syllabus is as follows:

Name of the Units and their weightage in Board Exam 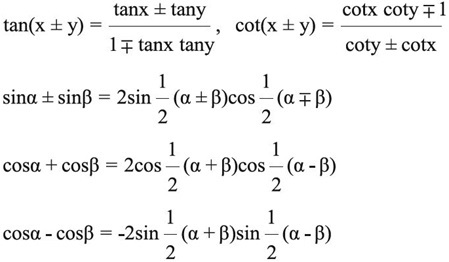 Identities related to sin 2x, cos2x, tan 2x, sin3x, cos3x and tan3x. General solution of trigonometric equations of the type sin y = sin a, cos y = cos a and tan y = tan a.

Process of the proof by induction, motivating the application of the method by looking at natural numbers as the least inductive subset of real numbers. The principle of mathematical induction and simple applications.

Brief recall of two dimensional geometry from earlier classes. Shifting of origin. Slope of a line and angle between two lines. Various forms of equations of a line: parallel to axis, point-slope form, slope-intercept form, two-point form, intercept form and normal form. General equation of a line. Equation of family of lines passing through the point of intersection of two lines. Distance of a point from a line.

Coordinate axes and coordinate planes in three dimensions. Coordinates of a point. Distance between two points and section formula.

Derivative introduced as rate of change both as that of distance function and geometrically.

Mathematically acceptable statements. Connecting words/ phrases - consolidating the understanding of "if and only if (necessary and sufficient) condition", "implies", "and/or", "implied by", "and", "or", "there exists" and their use through variety of examples related to real life and Mathematics. Validating the statements involving the connecting words, difference between contradiction, converse and contrapositive.

Click Here, To get the Complete Syllabus of CBSE Class 11th Mathematics in PDF format