In this article, we have prepared questions in the regard of SSC CHSL exam conducted in 3rd Feb 2017 in the series of consecutive articles. We found it necessary that's why we have embodied it in our schedule. Apart from that find the related articles in this series. 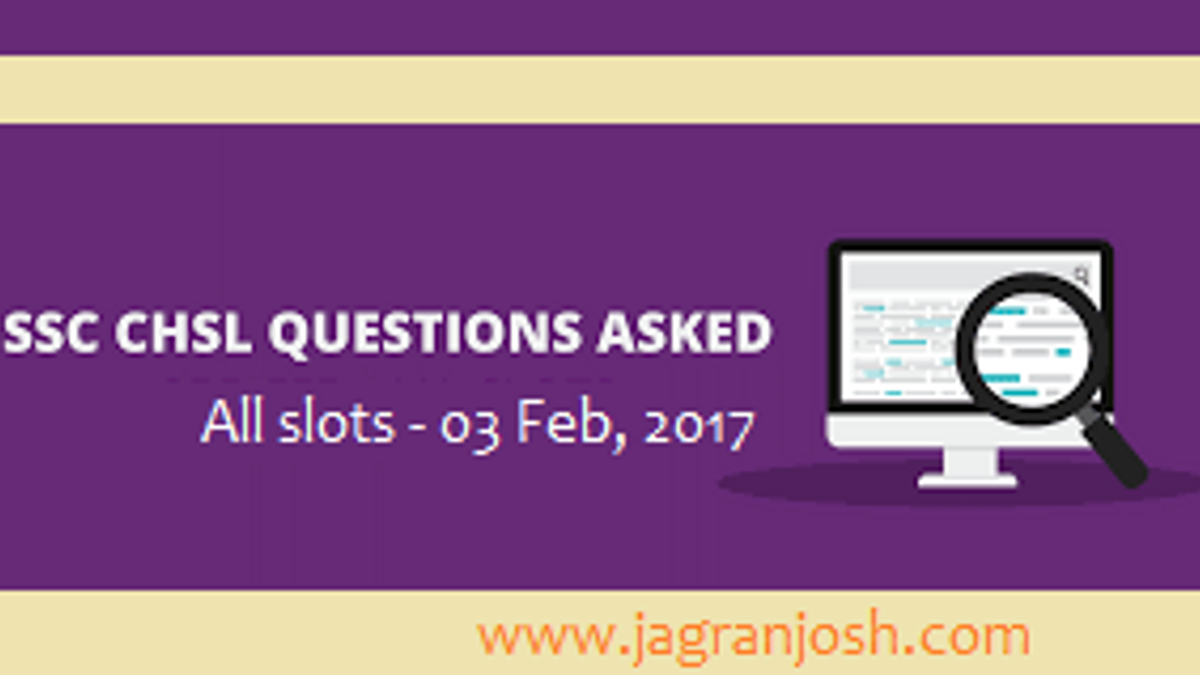 In this article, we have scripted plenty of problems taken from the CHSL aspirants and these questions are grounded on the basis of total consciousness of aspirants for the date of 3rd Feb 2017 exam. These questions would be helpful in appearing for forthcoming exams i.e. SSC CGL and other competitive exams.

Timings: - Exams held to date from 7th Jan  to 9th Jan 2017 will be organized in two time slots, while, rest exams will be put in three shifts. Except this, These questions will give you help in figuring out the following things: -

** The following questions are from almost all Shifts exams generally. As soon, as we get new questions from the remaining shifts then we will upload in the same blog.

For more related/important information, keep on visiting our SSC Page of www.jagranjosh.com. As earlier, we receive questions in this context, we will surely update on the same page for the specific date.