There are 55 centuries have been scored by 42 different players in the T20I matches. Rohit Sharma leading with 4 centuries in this format. The fastest century in T20I is also scored by the Rohit Sharma and David miller in just 35 balls each. 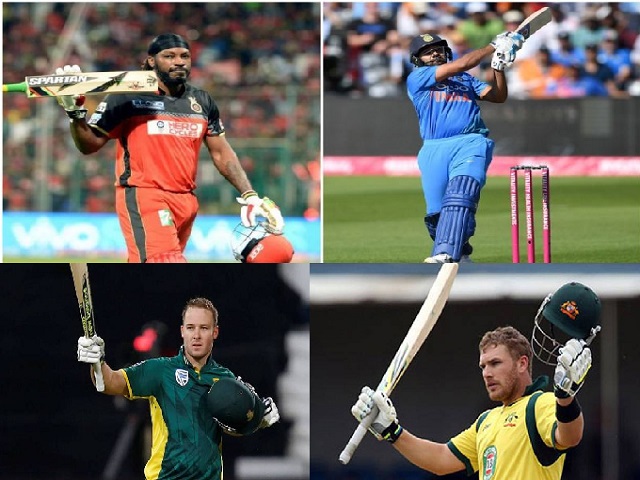 The first Twenty 20 International match was played between two arch-rivals New Zealand and Australia on 17 February 2005.

Scoring a century in the T20 International format is a very challenging job because the batsmen got the lesser time and balls to play.

If a player scores 100 runs in a single inning, it is known as the century in the cricket match.

The first century of T20 International format was scored (117 runs) by the Chris Gayle against South Africa at the inaugural ICC World Twenty20 in 2007.

Till date 55 centuries have been scored by 42 different players since 2017. Rohit Sharma is leading with 4 centuries in this format followed by Australia's Glenn Maxwell and New Zealand's Colin Munro with 3 centuries each.

List of Top 20 Players with most Centuries in International Cricket