What is the 'Gig Economy' and who are referred to as 'Gig Workers'?

The Parliament has passed new labour codes to acknowledge the platform and gig workers as new occupational categories in India. 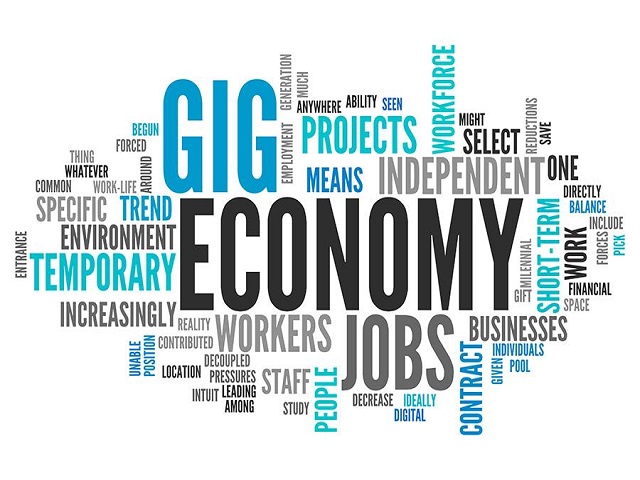 The Indian Parliament has passed new labour codes, subsuming the existing 29 labour laws, to acknowledge the platform and gig workers as new occupational categories in the country.

3- It has been passed to keep the country's young workforce secure as it embraces new kinds of work-- delivery, driving, etc.

4- Recently, India has ranked amongst the top 10 countries of the world in the Global Gig Economy Index report. As per the report, the freelancers in India rose to 52% in 2019 from 11% in the year 2018.

5- It also mandates that no worker will be allowed to work in any establishment for more than 8 hours a day or more than 6 days in a week.

6- In case of overtime, an employee should be paid twice the rate of his/her wage. It will be applicable to even small establishments, which have up to 10 workers.

What is the Gig Economy?

It is a free market system where organizations hire independent workers or freelancers on a contractual basis for short-term engagements.

1- Flexibility: A gig worker gets the opportunity to choose his employer and can in many situations set rates for the services they offer.

2- Exploring your passion: Gig workers can explore their passion, test-driving a new career for themselves.

3- Working from remote areas: With remote working in the workplace ecosystem, fewer jobs in the organised sector, the gig economy is a ray of hope for the labour market in the country.

4- Role of an enabler: As per research compiled by the Observer Research Foundation and WeWork India, around 14.9% of workers aspire to work as freelancers. Another study stated that 17% of young women and 26% of young men of the country are interested in participating in the gig economy.

1- Lack of benefits: Any organization hiring gig workers will not provide them with the facilities it provides to its employees such as paid leaves, health insurance, etc.

2- Inconsistent pay: The major drawback with most of the gig jobs is that you are paid on the basis of project or task you are hired for. For example, if you are a taxi driver and no one takes a ride on a particular day, you won't make money as you are only paid for every ride you complete.

Why are Gig Workers in the country protesting?

The delivery-persons have proved to be essential amid the pandemic but they faced a continuous dip in pay. Taking an example of food delivery platform, Swiggy, the base pay of delivery-persons were reduced to Rs 10 from Rs 35 per delivery.

Thus, many platform workers (drivers, delivery executives, etc.) have unionised and protested against the unstable base pay under the All India Gig Workers Union.

Noida, @swiggy_in delivery executives united under the banner of All India Gig Workers’ Union and CITU on Tuesday, 22.09.2020 at the office of Deputy Labor Commissioner, Noida Sector- 3 demanding redressal of issues around their payout and incentives cuts. pic.twitter.com/Yic4Ex3ieZ

Issues with the Code on Social Security 2020 for Gig Workers

1- The platform workers can claim the benefits provided under the Code on Social Security but can not claim labour rights.

2- They are now beneficiaries of State Schemes but are not allowed to go to court for better and stable pay or against the algorithms which assign them tasks.

3- The gig workers are not regarded as future industrial workers.

4- Eligibility for the Government schemes comes with terms and conditions. This means that they are eligible for the benefits but these benefits are not guaranteed.

What is the Assam-Mizoram Border Dispute?

What is the difference between BECA, LEMOA and COMCASA?