Sadbhavana Diwas 2020: On 20 August Sadbhavana Diwas is observed nation-wide. The theme of the day is to promote National Integration and Communal Harmony among people of all religions, languages, and regions. On the 76th birth anniversary, let us have a look at some interesting and unknown facts about the former Prime Minister Rajiv Gandhi. 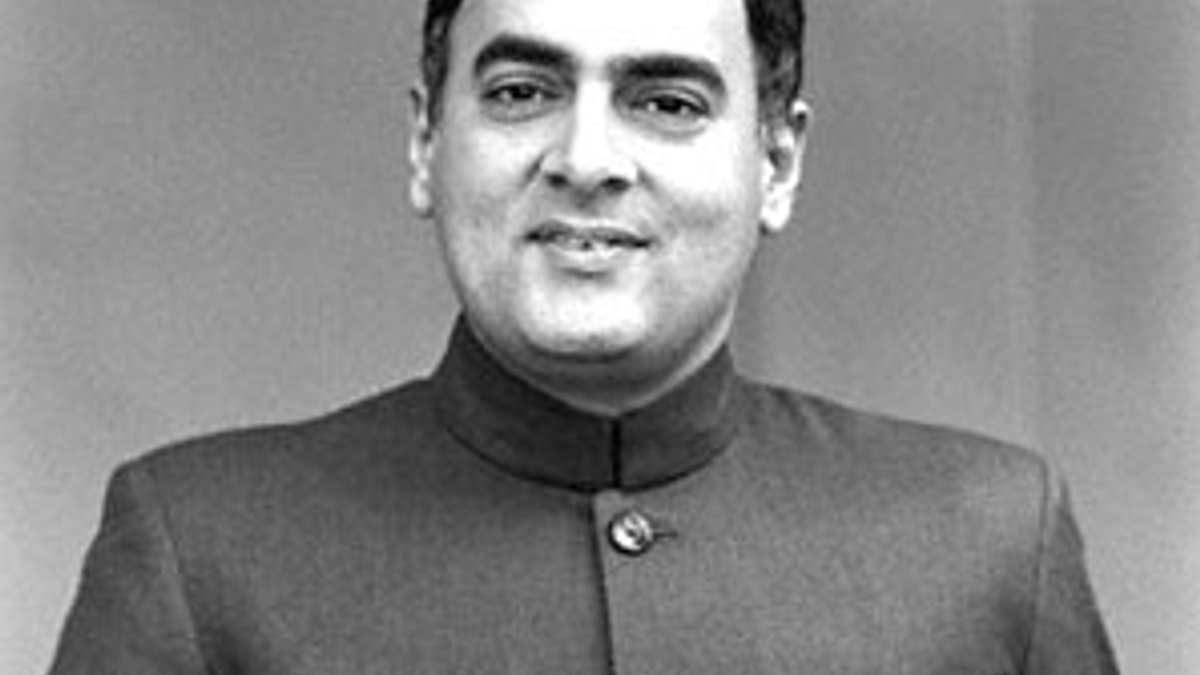 Let us have a look at some interesting facts about Rajiv Gandhi like at what age he became the Prime Minister of India, what is his full name, what are his developmental works, etc.

Rajiv Gandhi was the youngest Prime Minister of India. By profession, he was a Pilot. He became the third generation in his family after his maternal grandfather Jawaharlal Nehru and mother Indira Gandhi to become a Prime Minister of India. He was assassinated on 21 May, 1991 in Tamil Nadu's Sriperumbudur during a public meeting while campaigning.

Rajiv Gandhi in 1984 became the youngest Prime Minister of India after the assassination of his mother. He was born on 20 August, 1944, and was the eldest son of Feroz Gandhi and Indira Gandhi. For pursuing an Engineering degree he studied at Trinity College, Cambridge but was not able to complete his degree. Then he went to Imperial College London. He entered politics in 1980 after the death of his brother Sanjay Gandhi.

1. Rajiv Gandhi was born on 20 August, 1944 in Mumbai. He was only three years old when India became independent and his maternal grandfather Jawaharlal Nehru became the first Prime Minister of independent India. Do you know that Rajiv Gandhi's name was kept as Rajiv because the name of Jawaharlal Nehru's wife was Kamala which means goddess Lakshmi and 'Rajiv' word means Kamal or Lotus flower which is used to worship goddess, Lakshmi? Rajiv Gandhi spent his childhood days at Murthy House, where Indira Gandhi served her father unofficially as a personal assistant.

2. Rajiv Gandhi went to Welham Boys' School in Dehradun for some time but soon he was sent to the elite Doon School located in the foothills of Himalayas. Later, his younger brother Sanjay Gandhi was also sent to this school where the two stayed together. After leaving school, Rajiv went to Trinity College, Cambridge but soon he shifted to Imperial College in London. He studied mechanical engineering from there but could not be able to complete his course due to some reason.

3. In 1966, Rajiv Gandhi came to India and till then his mother Indira Gandhi had become the Prime Minister of India. Rajiv Gandhi was very interested in music. He liked Western and Hindustani classical and modern music. He also had a passion for listening to the radio and doing photography.
Among all the mentioned hobbies Pilot was his biggest obsession. So, he went to Delhi and took pilot training from Flying Club, and in 1970 as a pilot, he started working in Indian Airlines. This shows that he was not interested in politics. So far, his brother Sanjay Gandhi had entered politics with his mother. 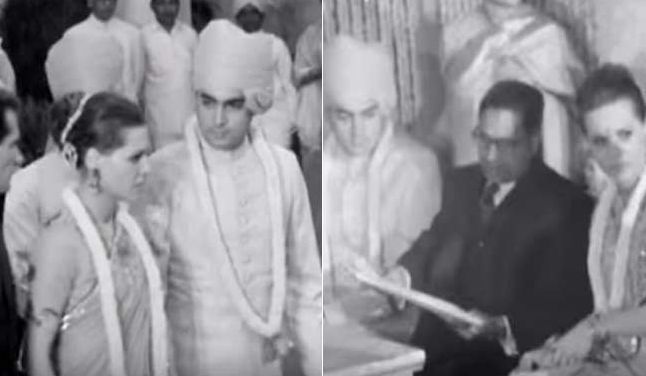 5. Why Rajiv Gandhi came into politics? We all know that Rajiv Gandhi was not interested in politics, but when his younger brother Sanjay Gandhi died in a plane crash on 23 June, 1980, he had joined politics and contested election from his brother's seat Amethi. In 1981, Rajiv Gandhi was made the president of the Indian Youth Congress.

Sadbhavana Diwas 2020, 76th Birth Anniversary of Rajiv Gandhi: All you need to know

7. Rajiv Gandhi contributed greatly to the development of the country. He announced a National Policy on Education in 1986 to modernise and expand higher education programs across India. He founded a central government based institution namely Jawahar Navodaya Vidyalaya System in 1986 for the upliftment of the rural section of the society providing them free residential education from 6th till 12 class. Due to his efforts, MTNL established in 1986 and also created public call offices (PCOs) for spreading telephones in rural areas.

8. In post-1990, he introduced measures for reducing Licence Raj allowing businesses and individuals to purchase capital, consumer goods, and import without bureaucratic restrictions. He introduced the age of voting rights as 18 and also included Panchayati Raj. He strongly encouraged youth power and said that the development of the country depends only on the awareness of the youth of the country. That's why Jawahar Rozgar Yojana was started to give jobs to the youth.

9. Rajiv Gandhi sent Indian Peace Keeping Force to Sri Lanka to help them fight the Tamil insurgents to antagonise LTTE. The Indo-Sri Lanka Peace Accord was signed by Rajiv Gandhi and the Sri Lankan President J. R. Jayewardene, in Colombo on 29 July, 1987. Prior to sending the peace army, LTTE chief V Prabhakaran came to meet Rajiv Gandhi in Delhi. Rajiv Gandhi was strict with him. Since then he had been waiting for an opportunity. Rajiv Gandhi was nicknamed Mr. Clean because of his fight against corruption. 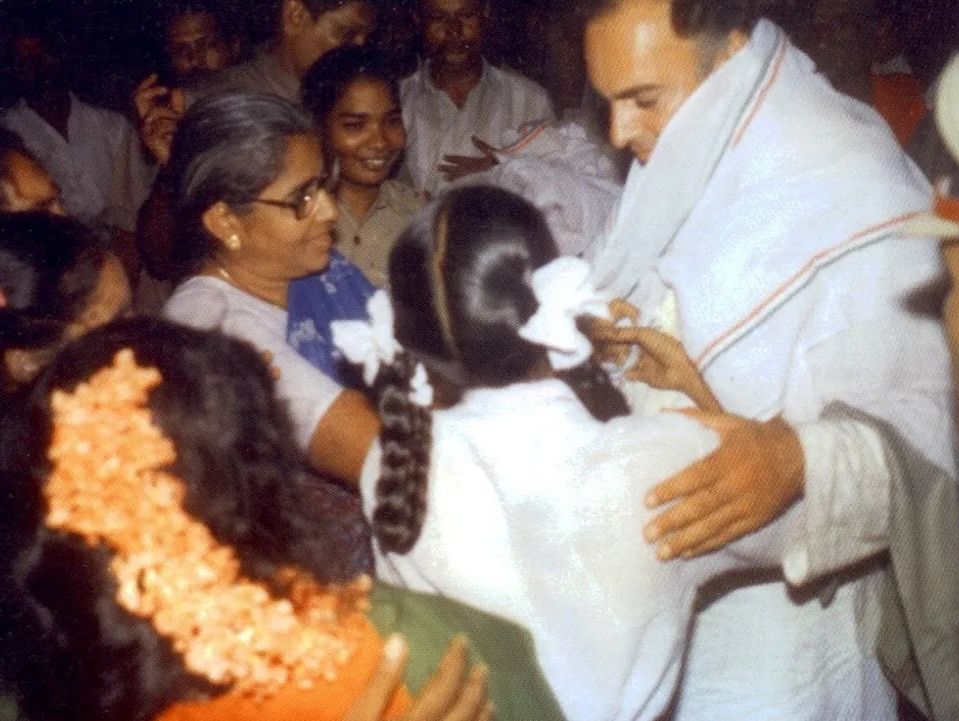 10. On 21 May 1991, Rajiv Gandhi reached Sriperumbudur, 30 km from Chennai to address a rally where he was assassinated. A woman named Dhanu approached Rajiv Gandhi, bent down to touch his feet and exploded a bomb, which was placed under her dress. His aggressive efforts to curb the LTTE in Sri Lanka led to his untimely assassination by the group in Sriperambudur. In 1991, Rajiv Gandhi was posthumously awarded the Country’s highest civilian award Bharat Ratna by the Indian Government.

Rajiv Gandhi was a simple and influential personality. He always discusses with his party before taking any important decisions. He led the country towards modernism, established schools, encouraged youth, etc. He wanted to maintain unity in the country and the main objective of him was the construction of a twenty-first-century India. In fact, his anti-corruption and nepotism stance earned him the nickname "Mr Clean". He was assassinated on 21 May 1991 by the Liberation Tigers of Tamil Eelam (LTTE) cadres in a suicide bombing attack.