Optical Illusion to Know Your Best Personality Trait: In this optical illusion, the face you see first reveals your best personality trait or the best thing about you. So, which face did you see first?

Optical Illusion to Know Your Best Personality Trait: An optical illusion is a mind-bending illustration of an object or a drawing or a picture that has different appearances and can be perceived differently. There are many types of optical illusions like physical, physiological, and cognitive illusions. These optical illusions are sometimes also helpful in testing helpful as our innermost desires and things we don’t usually reveal about ourselves. These are also a part of the field of psychoanalysis as they throw some light on your personality traits. Many optical illusion images can reveal our hidden qualities and positive traits.  One such fine illustration can be seen in an old optical illusion painting created by artist Oleg Shupliak. 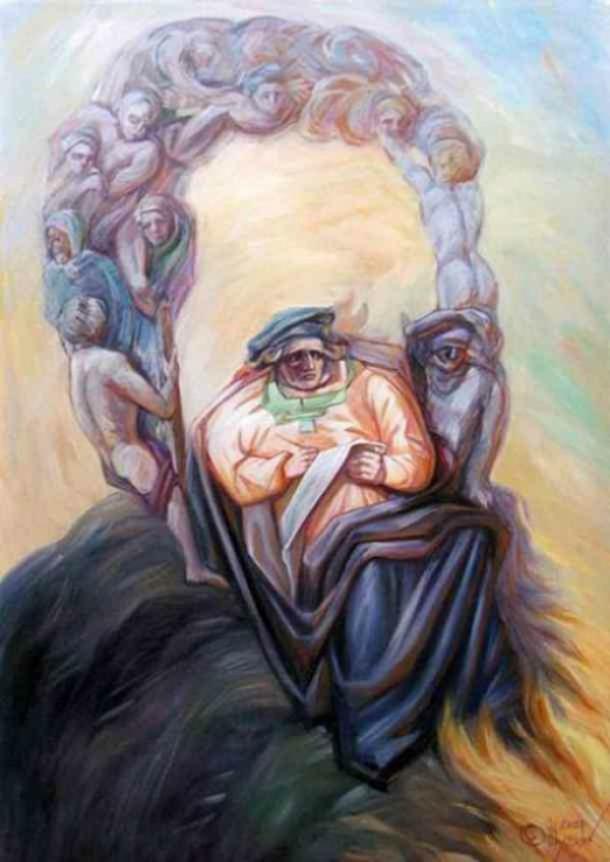 The above image is an optical illusion created by artist Oleg Shupliak that provides insights into your personality, including the best thing about you. Oleg Shupliak is a renowned artist known for combining multiple faces and people within his artwork in his collection of hidden paintings. Oleg Shupliak’s optical illusions will compel you to stare at them for a long time, not because of how brilliantly they are created, but because of what each illusion contains.

What do you see first in this Optical Illusion?

Each of these can reveal information about your best personality trait. You can always boost your self-esteem by knowing and focusing on the aspects of yourself that are good, great, and wonderful.

If the first thing you saw in this optical illusion is the bearded man’s face, then it means your best personality trait is persistence. Your Tango states that “Whether it's working on a project that fulfills a life-long dream, or helping a friend who might be too timid to ask for what they deserve, you never back down from something you view as important to you.”.

It further suggests that “People who don't appreciate you may call this your "stubborn" streak, but in reality, your dedication to sticking to a plan until your goal is achieved is your greatest asset.”

If the first face you spotted in this optical illusion was of an Artist, then this means your best personality trait is imagination. Your Tango explains “We're often taught to think of the imagination as the sole provenance of children and artists, and while both loves to play in that particular arena, this doesn't mean you have to belong to either group to have a boundless imagination.”

It further adds that “People love spending time with you because you include them in your imaginative world. It makes your stories engaging and your interest in the lives of the people around you all more keener.”

If you saw the face of a Masked Figure in this optical illusion image, then it means your best personality trait is eloquence. Your Tango explains that “While people around you often struggle with miscommunications and trying to figure out exactly what they mean, your mind and your tongue are always in sync.”

IQ Test: What you see first reveals if you are left-brained or right-brained

It further claims that “You're well-spoken, thoughtful, and can use your words to get out of almost any jam. You put your money where your mouth is and it always pays off. Chances are someone's said you have a big mouth and it hurt your feelings. It shouldn't, they were envious.”

4. The Crowd of People - Passion for Connecting with People

If the first thing you saw in this image is the crowd of people, then this means your best personality trait is passion, especially for connecting with other people. Your Tango claims that “You may not be an introvert, but you may not necessarily be an extrovert either, because while spending time in groups of people tires you, it's also what nourishes your soul.”

It further adds that “You believe the reason we are all here on planet Earth is to get to know each other a little bit better. You brighten everyone's day with your smile, and when you're in a room that's when the party gets really interesting. You aren't willing to simply get to know people on a surface way. You want true connections, and you have the meaningful friendships to prove it.”

Optical illusions always give some fascinating insight into how our brains work. Specific combinations of color, light, and patterns can trick our brains into visually perceiving something that isn’t there. So tell us, what did you see first in this optical illusion?