This article mentions some of the famous and best optical illusions of 2022. Check what your eyes see and share among your friends and family.

While these claims may or may not be true, we cannot deny that we enjoy every bit of these. On that note, here are some mind-boggling optical illusions.

What do you see in the above image? Two triangles intersect each other, with one having a black boundary and the other formed by three Pac-men.

However, the triangle formed by Pac-men doesn't exist here and is simply a result of how our brains are trained to fill vacant spaces between shapes and lines.

Furthermore, the triangle in the middle appears to be brighter than the rest, but it isn't the case either. The whole image has the same luminance suggesting that our brains store former experiences and bring them to light when we see similar shapes. 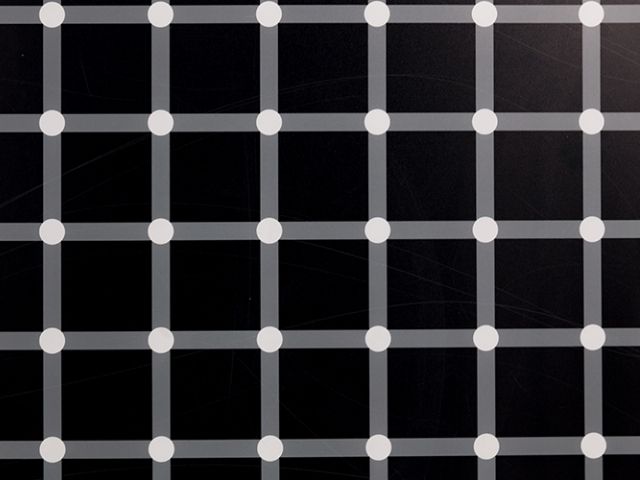 The above image, known as Hermann Grid, is an outstanding example of how our eyes see things that in reality do not exist.

Look at the image. What do you see? 12 black dots flashing and disappearing at the centre of each intersection. If you continue looking at the image, you'll notice these dots shifting between white and grey.

This is believed to be caused by inhibitory processes in the retinal ganglion cells, the neurons that transmit signals from the eye to the brain. German astrophysicist Johann Karl Friedrich Zöllner is the discoverer of the above image. The illusion claims to make a person sick and nauseous if he/she looks at it for a long period.

The image consists of a series of black parallel lines intersected with short repeating lines. The directions of these lines alternate between horizontal and vertical. Look again. You'll notice that the black lines are not parallel and the shorter ones are on an angle to the longer ones, which is not true. 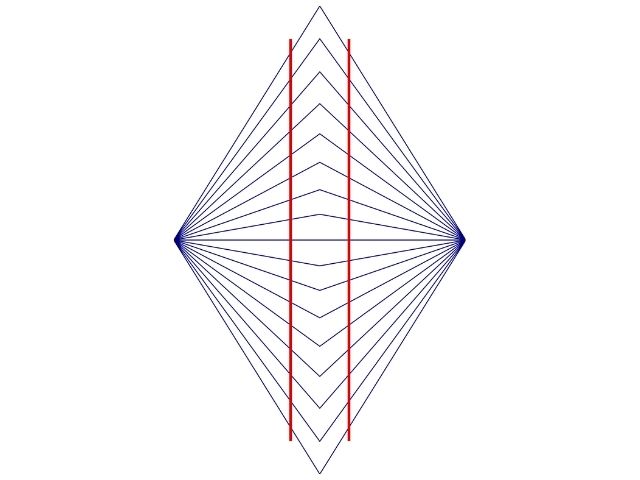 Named after its discoverer, Wilhelm Wundt - German psychologist, the above image is a geometrical optical illusion.

The aforementioned optical illusion is among those where the central aspect of a simple line image appears to be distorted by the other aspects.