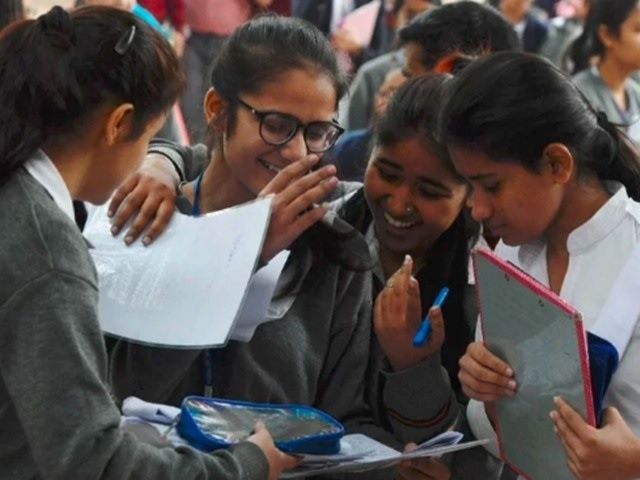 PSEB 12th Result 2019 : Punjab Board 12th result 2019 has been declared for about 3.5 lakh students. Punjab School Education board (PSEB) has announced the Class 12 Result 2019 at around 11:30 AM for all the students who appeared for the class 12 exams at pseb.ac.in. Sarvjot Singh Bansal, Aman and Muskaan Soni have jointly secured first position with 98.89 percent marks. PSEB chairman Manohar Kant Kolahia has declared  Punjab Board result 2019 at the press meet held in the Mohali office.  PSEB 12th Result 2019 was first formally declared the Punjab Board 12th result 2019 where the merit list of the candidates was announced. Following this, the result has been made available to the students online through the official website of the board pseb.ac.in. The overall pass percentage in the exam is 86.41%.  The pass percentage of girls is at 90.86 per cent while the pass percentage of boys stands at 82.83 per cent.

The declaration of PSEB 12th result 2019 online allows students across the state to check the same with ease. Since last year, the PSEB had adopted the new ‘Marks Moderation Policy’ under which students are given grace marks to improve their final score in a particular subject and pass in the PSEB 12th Exam Result.  Earlier in the week, PSEB had declared the Class 10 Results in which Neha Verma from Ludhiana secured the top honours with 647 marks / 99.54%.

With lakhs of students trying to check the results online, it is likely that the official websites might suffer from problems. To avoid this students can follow the steps listed below:

Students must note that, in the morning hours, during the press conference, the PSEB will only announce the result details and issue the PSEB 12th Class Merit List for 2019. Punjab 12th Result 2019 will be made available to the students later on in the day.