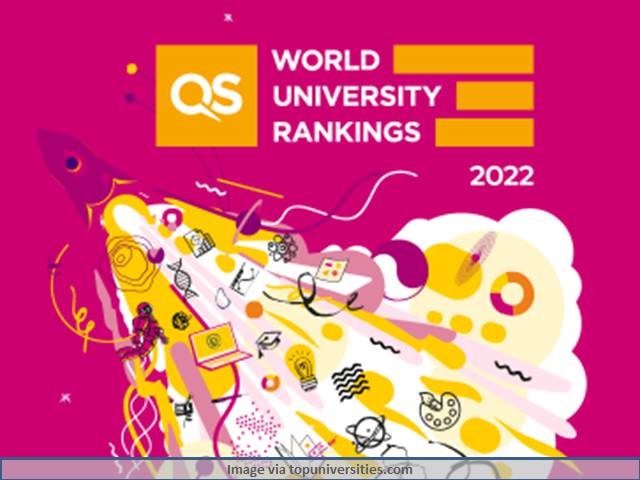 In terms of global standings, MIT i.e. the Massachusetts Institute of Technology has secured the top spot in the QS World University Rankings 2022 for a record-extending 10th consecutive year. On the other hand, the University of Oxford has risen to second spot for the first time since 2006, while the Stanford University and the University of Cambridge share third spot.

According to the details shared in the QS World Ranking 2022 report, 3 Indian institutes have made it to the list of top 200 universities in the world. IIT Bombay has retained its top position among the Indian institutions surveyed for the ranking for the 4th consecutive year. However, in global comparison, IIT Bombay has fallen 4 places with an overall score of 46.4 i.e. from its earlier global rank of 172 to this year’s rank of 177. It is closely followed by IIT Delhi, which has secured a score of 45.9 and global rank of 185, which is an improvement from last year’s 193rd Rank. The third institute in the top 200 list is IISc Bangalore which has scored 45.7 and secured rank of 186.

Quacquarelli Symonds (QS)  - a London Based Agency, releases annual ranking of universities by comparing higher education institution across the globe. The World University Rankings are based on 6 primary indicators i.e. academic reputation, employer reputation, citations per faculty, faculty/student ratio, international faculty ratio and international student ratio. For the QS World University Rankings 2022, the agency evaluated over 13000 universities (145 more as compared to last year), from 97 locations. Of the total 13000 institutions, only 6,415 were found eligible for the survey analysis, and 1,705 were assessed for the final table.