For the benefit of NDA & NA (II) Exam 2017 aspirants, the Jagran Josh is providing the important current affairs events that happened in June 2017.

For the benefit of NDA & NA (II) Exam 2017 aspirants, the Jagran Josh is providing the important current affairs events that happened in June 2017. They are as follows – 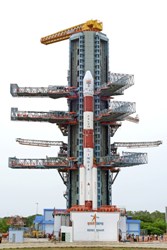 •    Helpline launched by CRPF for Kashmiris’ across India – Madadgaar

•     The 17th Shanghai Co-operation Organisation (SCO) submit that concluded on 9 June 2017 was held in - Astana, Kazakhstan

•    The Nigerian musician who was recently named by UNESCO as Human Living Treasure is - Victor Uwaifo
•    Father of India's Nuclear Fusion who died recently - Predhiman Krishan Kaw
•    The Indian anti-hunger activist is chosen for the prestigious Queen’s Young Leaders Award is - Ankit Kawatra
•    He was recently re-nominated by India for another term as the Judge of the International Court of Justice - Dalveer Bhandari
•    The player declared as the Player of the Series at the recently concluded 2017 ICC Champions Trophy is - Hasan Ali
•    This noted Telugu and Urdu poet and writer, a Padma Bhushan and Padma Shri awardee, passed away on 12 June 2017 - C Narayana Reddy
•    First Indian woman to be elected as judge of the International Tribunal for the Law of the Sea (ITLOS) - Neeru Chadha
•    The author of the book titled Indira Gandhi: A Life in Nature is - Jairam Ramesh
•    Name the Indian who was felicitated by Nepal for becoming the first Indian to scale Mount Everest for a record six times - Love Raj Singh
•    This Indian sportsperson is the only one to feature among the world's 100 highest paid athletes in the latest Forbes list – Virat Kohli
•    He was elected as the 40th Prime Minister of Nepal on 6 June 2017 - Sher Bahadur Deuba
•    The Indian who has joined the United Nations initiative titled Super Dads’ is - Sachin Tendulkar