Cyclone Nisarga: All you need to know about the pre-monsoon cyclone emerged from the Arabian Sea

Cyclone Nisarga: After the unkind super cyclone Amphan that has led to the destruction of lives and property in West Bengal, another cyclone 'Nisarga' is on its way to Goa, Maharashtra and Gujarat, as per IMD. 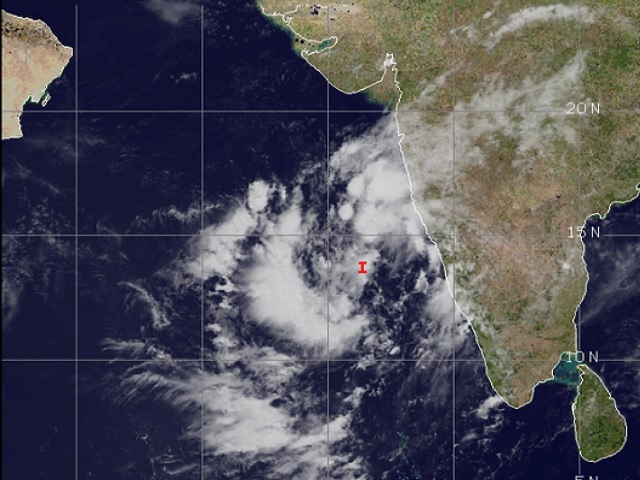 After the unkind super cyclone Amphan that has led to the destruction of lives and property in West Bengal, another cyclone 'Nisarga' is on its way to Goa, Maharashtra and Gujarat. Indian Meteorological Department (IMD) has issued a warning that deep depression is moving northwards in the Arabian Sea, may become cyclonic and hit the Indian states on June 2 by 5:30 pm.

What is an Ex-Tropical Cyclone?

Nisarga is likely to intensify into a Cyclonic Storm during the next 12 hours and further into a Severe Cyclonic Storm during subsequent 12 hours. It is moving northwards and after next 6 hours may recurve north-northeastwards thereafter and cross north Maharashtra and adjoining south Gujarat coast between Harihareshwar (Raigad, Maharashtra) and Daman during the afternoon of June 3, 2020.

As per scientists, cyclone Nisarga may hit cities like Mumbai and may cause severe destruction. The financial capital of India has not witnessed any cyclone in over a century. This warning has raised concerns for a city which is already strained due to the COVID-19 pandemic. A red alert has also been sent to the suburban districts of Mumbai such as Thane, Palghar, Raigad, Ratnagiri and Sindhudurg for June 3 and June 4. The alert indicates that these districts may witness heavy rainfall of more than 204.5mm.

After this warning, the government of both the states, Maharashtra and Gujarat have issued orders to shift the people living in low-lying areas to safer places.

Apart from this, a warning by the IMD has been issued to the fisherman to not venture in the southeast Arabian Sea, Lakshadweep and along and off Kerala coast for the next 48 hours due to the cyclone Nisarga.

How cyclones are named?

In 2000, India, Bangladesh, Maldives, Sri Lanka, Myanmar, Oman, Pakistan and Thailand decided to name the cyclones occurring in their regions. World Meteorological department and the Pacific Panel on Tropical Cyclones (PTC) prepared a list having names of the cyclones.

The cyclones are named from the vernacular languages of the regions where it emerges. A cyclone name can only be 8 letters long and must be easy to pronounce. In addition to this, a cyclone name once given is not used for the subsequent cyclones.

The naming of Cyclone Nisarga

In April 2020, the Indian Meteorological Department (IMD) released a list having 169 cyclone names. This list will be applicable in naming the cyclones emerging in the north Indian Ocean-- the Bay of Bengal and the Arabian Sea. The name Nisarga was suggested by the Bangladesh where cyclone Amphan caused widespread damage.

Why cyclones are named?

Cyclones are named, so that scientists, disaster management teams, the general public, etc. can identify them easily. Also, the warning issued related to the cyclones with a specific name will reach to a maximum number of people without any confusion, in case more cyclones happen in the same region at a given point of time.

India has already witnessed the cyclone Amphan which emerged from the Bay of Bengal and now another cyclone Nisarga is on its way from the Arabian Sea. The scientists have warned that India could witness more pre-monsoon cyclones in the coming years due to the warm temperature of oceans.

What is Cyclone Amphan and how it got its name: All you need to know