Why Governor’s Rule is imposed in Jammu & Kashmir only? 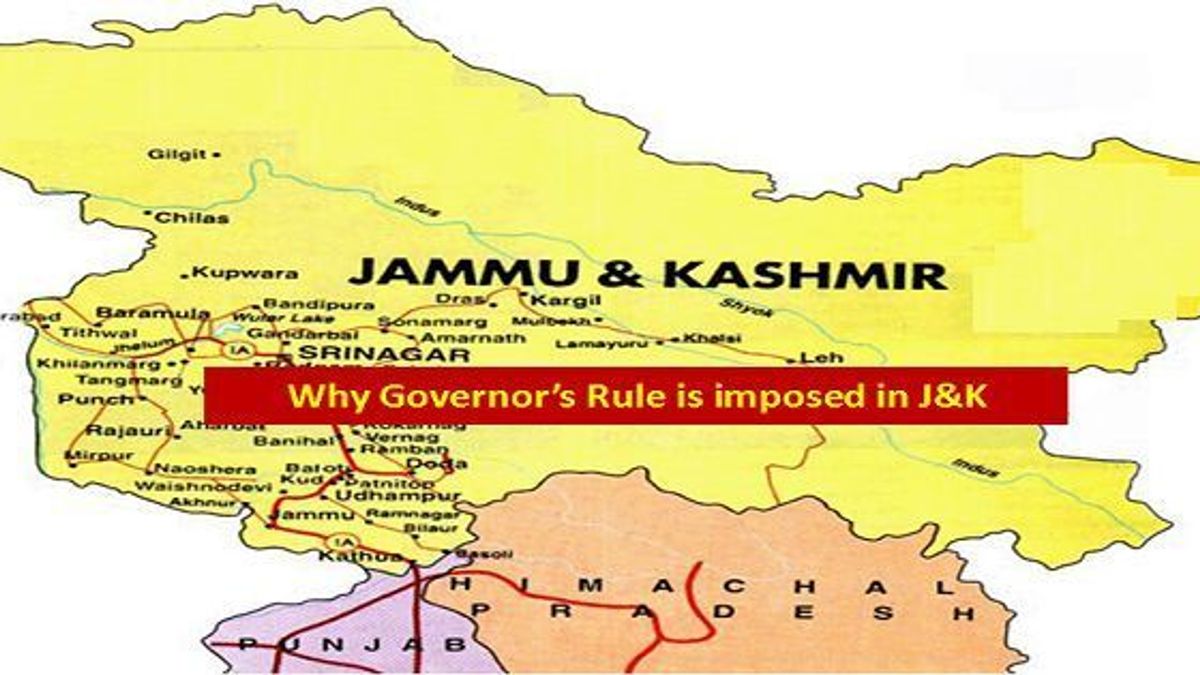 State Emergency or governor's rule can be imposed in J & K in two ways;

1. President's rule as per the Indian Constitution:

2. Governor's rule as per the State Constitution:

When the State machinery does not work according to the provisions of the Constitution of Jammu & Kashmir; then Governor's rule is imposed in the state under the section 92 of J&K Constitution.

During this time Sheikh Abdullah of the National Conference was the Chief Minister of the state. When the Congress Party withdrawn its support then Sheikh Abdullah government loose majority and Abdullah had to resign.

The longest tenure of governor's rule in Jammu & Kashmir was of 6 years 264 days when Farooq Abdullah had resigned on January 19, 1990 and the crisis lasted till October 9, 1996.

The governor’s rule is imposed in the state for the eighth time on 20 June 2018, when the BJP snatched the support from the PDP and Mehbooba Mufti had to resign.

So in this way you read that how the constitutional position in Jammu & Kashmir is different from other states of India and why governor's rule is imposed in the state instead of President's rule.

What are the demands of Kashmiri from Government of India