Candidates can check the PET Details such as date, time and venue on their CSBC PET Admit Card. The candidates will have to qualify inLong Jump, Shot Put, Race etc. in PET Round. They are also required to carry following documents at the centre. 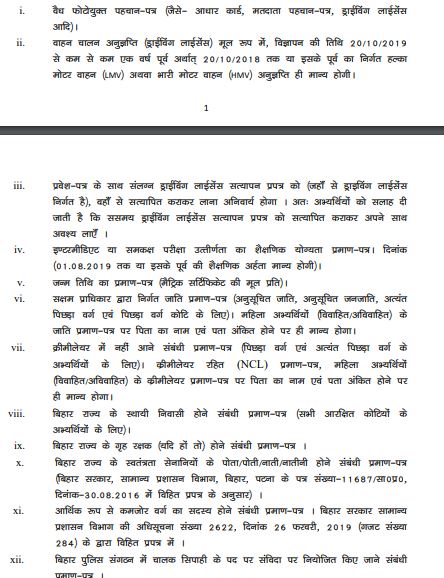 Candidates who would not be able to download CSBC Home Guard Driver Admit Card can get Bihar police PET Duplicate Admit Card by visiting Central Selection Board (address given in the notice link) between 30 June and 01 July 2020 from 10 AM to 5 PM.