Optical Illusion: Mind-boggling image of a bride and groom has left netizens stunned

And when you see it, you can’t unsee it, commented a user on the viral optical illusion. What do you see first?

Optical Illusion: Optical illusions are fun. They mess with you in the most amazing ways, leaving you perplexed and questioning your eyesight. While some people enjoy One such optical illusion of a bride and groom celebrating their D-day has left people stunned. 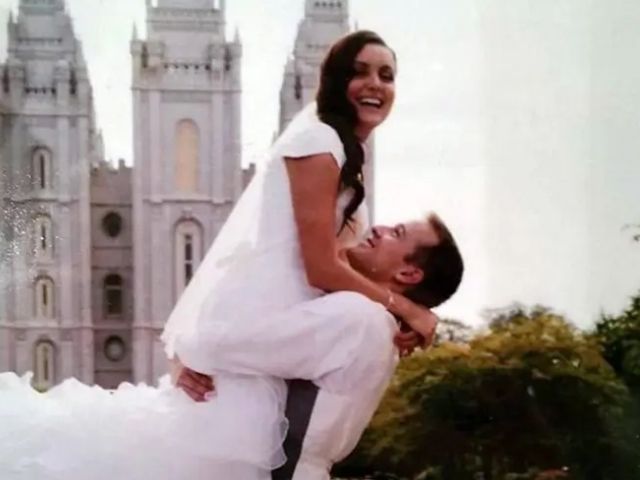 READ | Optical Illusion: How many horses can you see?

What do you see first? The bride's legs are over the groom's shoulders as the couple celebrate their special day. Isn't it?

READ | Optical Illusion: Can you find the hidden animal in less than two minutes?

However, if you look closely, you will figure out that her limbs are not in proportion and what initially appeared to be the bride's legs are the groom's arms.

READ | Optical Illusion: Check your mental age based on what you see first

Netizens were stunned after finding this bizarre discovery. "And when you see it, you can’t unsee it," commented a user.

"I can’t see her legs over his shoulders," another user said as the third one added, "Either way this is a beautiful pic! They look incredibly happy!"

You might be interested in taking a look at the below-mentioned optical illusions:  Optical Illusion: This remarkable piece of art reveals a lot about you!

Optical Illusion: What you see first reveals much about your love life

Optical Illusion: This remarkable piece of art reveals a lot about you!

A cat and a moose are concealed in the viral optical illusion. What animal do you see?

Optical Illusion: Check your strengths and weaknesses based on what you see first