Ancient History Quizzes given in this article are completely based on the UPSC IAS Exam syllabus. There is a greater chance asking questions based on the topic Jainism and Buddhism. Study and check your level of IAS preparation. 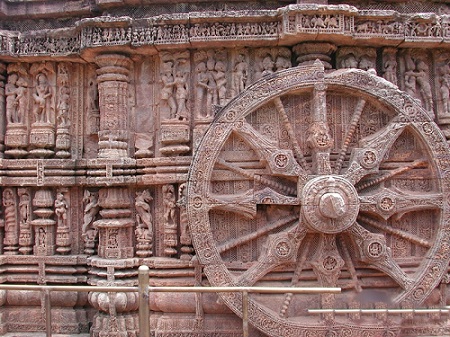 1. In the post-Vedic times, numerous religious sects arose in the middle Gangetic basin in the sixth century B, C. Jainism and Buddhism were the most important. Consider the following statements regarding the causes of the origin of Jainism and Buddhism:
I. The Brahmanas demanded several privileges in the society, including those of receiving gifts and exemption from taxation and punishments.
II. The Vaisyas were engaged in agriculture, cattle-rearing and trade and also the principal taxpayers in the society.

In post-Vedic times society was clearly divided into four varnas Brahmanas, Kshatriyas, Vaisyas and Sudras. Each varna was assigned well-defined functions, although it was emphasised that varna was based, on birth and the two higher varnas were given some privileges The Brahmanas, who were given the functions of priests and teachers, claimed the highest status in society. They demanded several privileges, including those of receiving gifts and exemption from taxation and punishments, In post-Vedic texts, we have many in stances of such privileges enjoyed by them.

The kshatriyas- ranked second in the varna hierarchy. They fought and governed and lived on the taxes collected from the peasants. The Vaisyas were engaged in agriculture, cattle-rearing and trade. They appear as the principal taxpayer. However, along with the two higher varnas, they were placed in the category of dvija or the twice-born. A dvija was entitled to wearing sacred thread and studying the Vedas from which the Sudras were kept out The Sudras were meant for serving the three higher varnas, and; along with women were barred, from taking to Vedic studies. They appear as domestic slaves, agricultural slaves, craftsmen and hired labourers in post-Vedic times. They were called cruel, greedy and thieving in habits and some of them were treated as untouchables. The higher the varna the more privileged and purer a person was. The lower the varna of an offender, the more severe was the punishment prescribed for him.

2. Which of the following languages were patronised by the Jainas to preach their doctrines?
a. Prakrit
b. Sanskrit
c. Dravidian
d. Pali

Jainism made the first serious attempt to alleviate the evils of the varna older and the ritualistic Vedic religion The early Jainas discarded the Sanskrit language mainly patronised by the Brahmanas. They adopted Prakrit language of the common people to preach their doctrines.

Though religious literature was written in Ardhamagadhi, and the texts were finally compiled in the sixth century A.D in Gujarat at a place called Valabhi, a great centre of education. The adoption of Prakrit by the Jainas helped the growth of this language and its literature. Many regional languages developed out of Prakrit languages, particularly Sauraseni, out of which grew the Marathi language.

3. In the post-Vedic period which of the following varnas strongly reacted against the domination of Brahmanas?
a. Shudra
b. Kshatriya
c. Rulers of that time
d. Vaisyas

Naturally, the varna-divided society seems to have generated tensions. We have no means to find out the reactions of the Vaisyas and the Sudras. The kshatriyas, who acted as rulers, however, reacted strongly against the ritualistic domination of the Brahmanas, and seem to have led a kind of protest movement against the importance attached to birth in the varna system. The kshatriya reaction against the domination of the priestly class called Brahmanas, who planned various privileges, was one of the causes of the origin of new religions. Vardhamana

Mahavira, who founded Jainism, and Gautama Buddha, who founded Buddhism, belonged to the kshatriya clan, and both disputed the authority of the brahmans.

4. Which of the following statements is correct regarding Vardhamana Mahavira?
a. Vardhamana Mahavira was born in 540 B.C in a village near Vaishali, which is identical with Basarh in the district of Vaishali m north Bihar.
b. His father was the head of a famous kshatriya clan, and his mother a Lichchhavi princess.
c. He propagated his religion for 80 years, and his mission took him to Kosala, Magadha, Mithila, Champa, Nepal etc.
d. He passed away at the age of 72 in 468 B C at a place called Pavapun near modern Rajgir.

Vardhamana Mahavira was born in 540 B.C in a village near Vaishali, which is identical with Basarh in the district of Vaishali m north Bihar. His father was the head of a famous Kshatriya clan, and his mother a Lichchhavi princess. They were also connected with the royal family o fMagadha. High connections made it easy for Mahavira to approach princes and nobles in the course of his mission.

In the beginning Mahavira led the life of a householder, but in the search for truth he abandoned the world at the age of 30 and became an ascetic He kept on wandering for 12 years from place to place He would not stay for more than a day in a village and for more than five days in a town. During the course of his long journey, it is said, he never changed his clothes for, 12 years, and abandoned them altogether when he attained perfect knowledge or kaivalya at the age of 42. Through kaivalya he conquered misery and happiness Because of this conquest he is known as Mahavira or the great hero or jina, i.e. the conqueror, and his followers are known as Jainas. He propagated his religion for 30 years, and his mission took him to Kosala, Magadha, Mithila, Champa, Nepal etc. He passed away at the age of 72 in 468 B C at a place called Pavapun near modern Rajgir.

5. The story of wealth shudra, based on a Buddhist text in Pali known as the Majjhima Nikaya, is part of a dialogue between a king named Avantiputta and one of the disciples of the Buddha named:
a. Kachchana
b. Ananda
c. Subhuti
d. Anuruddha

The story, based on a Buddhist text in Pali known as the Majjhima Nikaya, is part of a dialogue between a king named Avantiputta and a disciple of the Buddha named Kachchana. While it may not be literally true, it reveals Buddhist attitudes towards varna.  Kings are almost invariably depicted as wealthy; priests are also generally shown to be rich, though there are occasional depictions of the poor Brahmana.