The complete details related to the structure, strength and divisions of the Indian Army are given in this article. They will help the NDA & CDS aspirants. 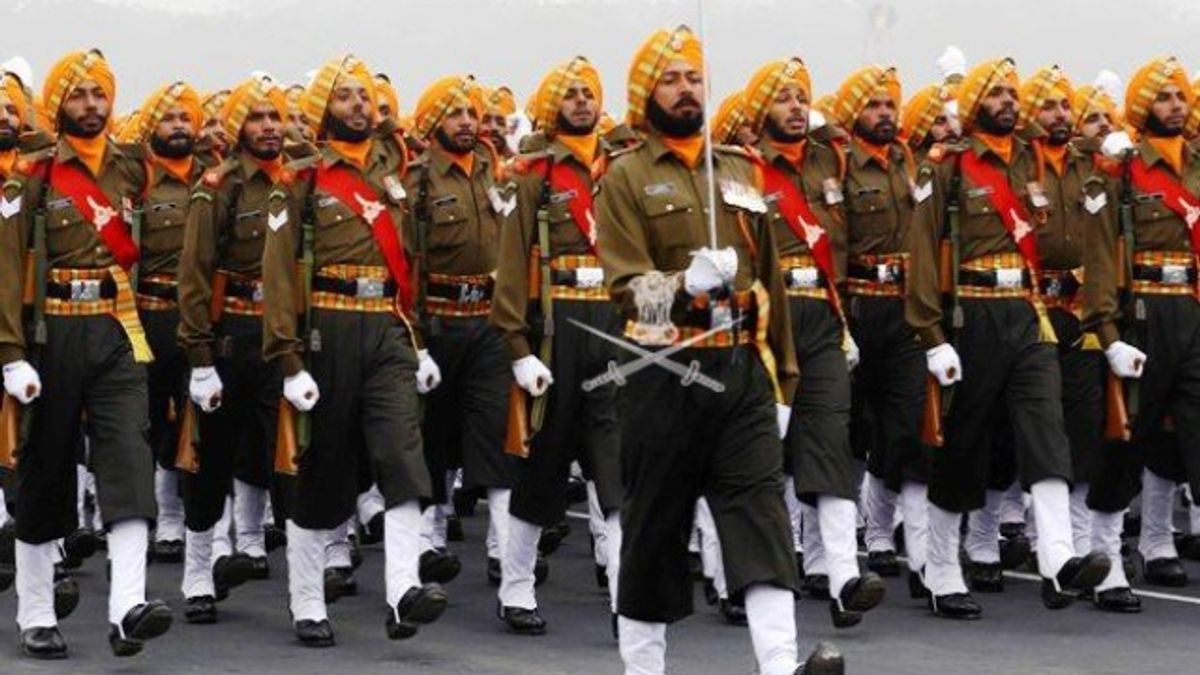 The Indian Army is the largest component of the Indian Armed Forces and comprises more than 80% of the country's active defence personnel. It also feels proud to know that our national army is also the second largest standing army in the world, with over 1.2 million active troops and nearly 1 million reserve troops.

Now, the next logical question is – how over one million active troops are organised for effective overall functioning? Here, we are providing the details related to it.

Having understood the macro level structure of the Indian Army, now, let us know the further details related to the strength of each and every sub-division and the ranks of personnel who handle them.

Army Command: Structurally, the Indian Army is divided into seven operational commands in total. While, the six commands are area-specific, the remaining one command is meant for training purposes.

Each of these commands is headed by a General Officer Commanding-in-Chief, who happens to be a Lieutenant General with a three-star military rank. Here is the complete list of Indian Army’s operational commands and headquarters.

The Army Training Command is located in Shimla. It was moved to the present location in 1993 from Mhow in Madhya Pradesh. It should also be noted that each of these commands is directly affiliated to the Army HQ in New Delhi. Army Corps: An Army Corps is commanded by a General Officer Commanding-in-Chief, who happens to be a Lieutenant General with a three-star military rank. Typically, an army corps consists of three-four divisions. The Corps Headquarters is the highest field formation in the army.

Division: A Division is headed by a General Officer Commanding (GOC) in the rank of Major General. The officer is also called as Division Commander and is having a two-star military rank. Typically, a division consists of 3-4 Brigades. At present, the Indian Army has 37 Divisions. They include a number of RAPID (Re-organised Army Plains Infantry Divisions) Action Divisions, Infantry Divisions, Mountain Divisions, Armored Divisions and Artillery Divisions that cater to the diversified needs of the Army.

Brigade: A Brigade comprises 3 Battalions and support elements. A Brigade is commanded by a Brigade Commander, who is also called as a Brigadier. In the Army, a Brigadier is a one-star military rank officer.

In additions to regular Brigades, the Army can have other independent Brigades such as Armored Brigades, Artillery Brigades, Infantry Brigades, Parachute Brigade, Air Defence Brigades and Engineer Brigades.

Battalion: A Battalion is also called as a regiment. It is commanded by a Commanding Officer, who is a Colonel rank military officer. Typically a Battalion/Regiment comprises three platoons. A Battalion is the Infantry’s main fighting unit.

Platoon: A Platoon is commanded by a Platoon Commander, who is of the Junior Commissioned Officer (JCO). Typically, a Platoon has a total strength of 32 personnel.

Section: It is the smallest unit of the Indian Army with a strength of 10 personnel. A Section is commanded by a non-commissioned officer of the rank of Havildar or Sergeant.

The above mentioned details related to the Indian Army will help the NDA & CDS aspirants during the SSB Interview. Students should learn all of them as these will be helpful in the exams.