April is the fourth month and consists of 30 days. It is believed that April is named after the Greek goddess Aphrodite. Various events, national and international important days fall in this month. Let us solve some questions and answers on important days in April 2020. 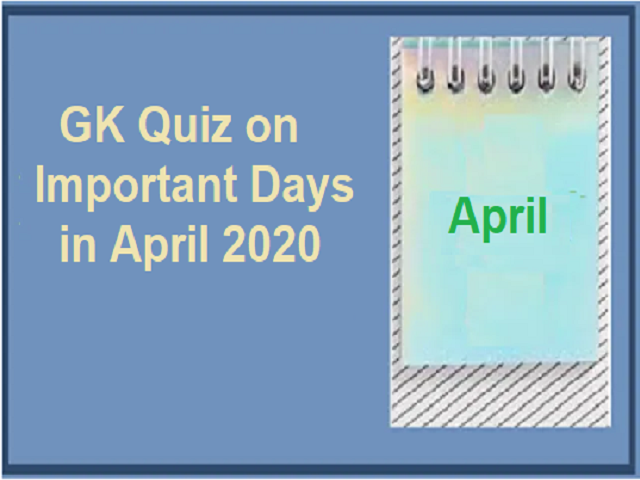 April is the month of the growing season. In this month trees and flowers begin to open. April name is derived from the Latin word aperit, which means to open. The birthstone of April is diamond. Aries and Taurus are the two zodiac signs associated with the April.

5. On which day Ambedkar Jayanti is observed?
A. 12 April
B. 13 April
C. 14 April
D. 15 April
Ans. C
Explanation: B.R. Ambedkar Remembrance Day is also known as Ambedkar Jayanti or Bhim Jayanti which is observed on 14 April to commemorate the birthday of B.R Ambedkar.

So, these are the National and International important Days in April 2020 in the form of questions and answers which may also help in the preparation for several exams and also enhance your knowledge.