Optical Illusion to Test Your Eyes: Which Number did you see first in 9 seconds?

Optical Illusion to Test Your Eyes: Try to test your eyesight by looking at this optical illusion image. Which Number did you see first in 9 seconds?

Optical Illusion to Test Your Eyes: Optical illusions like physical, physiological, and cognitive illusions are also a part of the field of visual analysis. An optical illusion is a mind-bending image of an object or drawing or picture that has different appearances if looked at from different perspectives. These days people are spending more time on their mobiles and laptops which is affecting their vision in a lot many ways. If you are suspicious that your vision might have gotten worse, then why not test your vision with this Optical Illusion Eye Test?

The above image was shared on social media as a visual test. The image was posted with the question “Which Number Do you See?” There is a three-digit number hidden in this black and white image. This optical illusion image shows a circle having a black and white background with numbers hidden inside the circle.

This optical illusion is merely a fun way of testing your vision. The results may not be precise but at least you will know whether you need to see your ophthalmologist or not! Whatever numbers you see in the image, if you ever felt that your eyesight is getting worse, do seek out professional help.

Which Number did you see first in this Optical Illusion in 9 seconds?

In this optical illusion, people see different combinations of three numbers. The correct answer is “786”. As per Social media responses, people saw the number 786, some say 780, and some identified the number as 700. If you increase the contrast of the image and make it a little more blurry then you would be able to identify the correct number in this optical illusion. 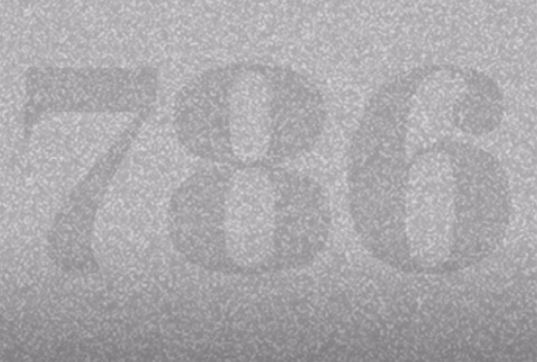 Optical illusions always give some fascinating insight into how our brains work. Specific combinations of color, light, and patterns can trick our brains into visually perceiving something that isn’t there. So tell us, which number did you see first in this optical illusion?