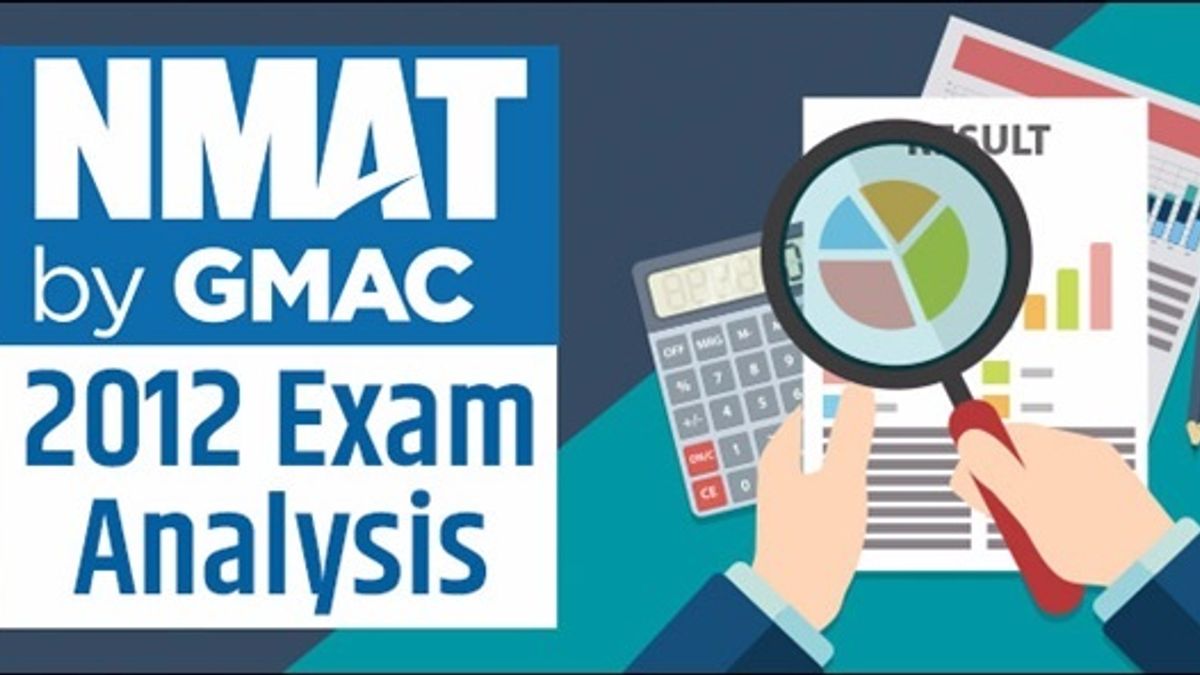 About NMAT by GMAC

NMIMS Management Aptitude Test (NMAT) was earlier conducted by Narsee Monjee Institute of Management Studies (NMIMS). Since 2015, the exam was acquired by Graduate Management Admission Council (GMAC). Ever since then the exam was renamed to NMAT by GMAC. The entrance exam is a gateway to NMIMS and other 25 leading B-schools in the country. NMAT by GMAC is a computer-based test conducted in 75-day window, meaning candidates can take the test during those days. Some of the participating institutes of NMAT by GMAC exam include NMIMS, IBS Business School, VIT University, Amity University and SRM University to name a few.

Let us dive right into the analysis of NMAT by GMAC exam and find out how the exam was in terms overall difficulty and section wise.

Some of the salient features of NMAT by GMAC 2012 Exam were:-

1. The difficulty level of the NMAT by GMAC 2012 exam was easy to moderate level

2. There was negative marking

3. Candidates had the option to take 3 attempts in a year and the best score of all three would be considered for the admissions.

1) The level was moderate.

2) There were three sets of Data Interpretation.

3) The topics covered were as under:

1) This section was very easy, if taken as a whole.

2) This year this particular section just required a proper knowledge of English Grammar to do well and score high.

3) The various topics covered under this section were:

4)  Besides there were 2 reading comprehension passages.

1) This section was tough in comparison to the other two sections or otherwise if compared to previous year’s Logical Reasoning paper, it was moderate.

2) It had a couple of questions based on decision making.

The NMAT by GMAC 2012 exam was quite different though easy in comparison to last year’s paper.  The logical reasoning part was a bit time-consuming but the paper overall was easy. And like last year this year also NMAT by GMAC considered the best score from 3 different attempts of candidates to shortlist.

For more information on NMAT by GMAC, visit www.jagranjosh.com