RRB NTPC 2020/ RRC Group D New Update-Exam Not Before May 2020: RRB NTPC and RRB Group-D 2019 Exam will not be conducted before May 2020 as Indian Railways are still in the process of appointing Exam Conducting Agency (ECA). Let’s have a look at the timeline of important events happened in the last 1 year of RRB NTPC and Group D Recruitment.

It’s been almost a year since the RRB NTPC and RRB/RRC Group D Level-1 notifications were released last year and crores of candidates applied for more than 1 lakh vacancies. Railway Recruitment Board has officially shared that they will appoint Exam Conducting Agency (ECA) soon for conducting the Online Railways Exams across different examination centres in India. On 2nd March 2020, Railways have invited tenders for the recruitment of ECA and the bid for the tender will last till 16th April 2020. So, it is confirmed that RRB NTPC 2020 and RRB Group D 2020 Exams won’t be happening till the month of April 2020.

Let’s look at the chronology of the events occurred over last 1 year under RRB NTPC and RRB/RRC Group D Level-1 2019 Recruitment Process:

RRB NTPC Recruitment Notification was released on 28th February 2019 for the recruitment of 35208 vacancies (Under Graduate Post – 10603 and Graduate Post - 24605). More than 1.26 crores candidates applied for posts from 1st March 2019 till 31st March 2019. Previously, the RRB NTPC 1st Stage Computer Based Test (CBT) was scheduled to be held between the months of June to September 2019. But Later, Railways officially announced that it has postponed the RRB NTPC Exam to the year 2020. The admit card of the RRB NTPC 2020 Exam will be released two weeks before the exam dates at its Zonal Websites. Here is the chronology of the events occurred during the last one year under RRB NTPC Recruitment Drive:

On 23rd February 2019, RRB officially released the notification announcing the recruitment of 103769 Vacancies under Level 1 of 7th CPC Pay Matrix in various units of Indian Railways. As per the official data, more than 1.15 crores candidates applied for the various posts under RRB Group D Level-1 2019 Recruitment Drive. 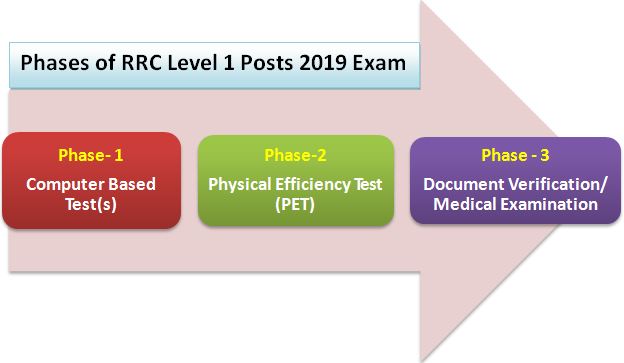 RRB Group D level-1 Computer Based Test (CBT) was earlier scheduled to be held in the months of September to October 2019. The exam has been postponed and will be conducted only after Railways appoint the Exam Conducting Agency (ECA) for holding the online exams across the country. RRB Group D 2020 Admit Cards will be released two weeks before the exam dates at its Zonal Websites. Here is the chronology of the events occurred during last one year under RRB/RRC Group D Level-1 Recruitment Drive:

So, it is clear from the above timeline that RRB will not be conducting NTPC and Group D 2020 Exam before April 2020, as Railways have invited tender for recruiting Exam Conducting Agency and the Tender Bid Process will happen till 16th April 2020. So railways might announce the exam dates and admit card release dates after the month of April 2020.