Yogi Adityanath Biography: Yogi Adityanath’s real name is Ajay Singh Bisht. He was born on 5 June, 1972. He became the youngest member to be elected to the 12th Lok Sabha in 1998 at the age of 26. Let us have a look in detail about Yogi Adityanath’s biography describing his early life, family, education, political journey, etc. 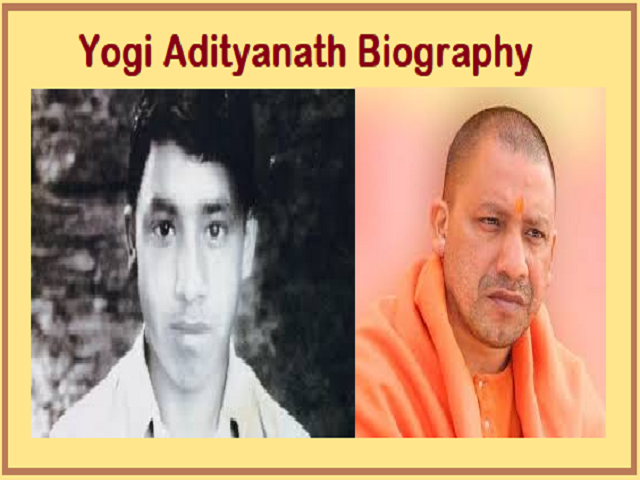 Yogi Adityanath is a politician, member of Bharatiya Janata Party and Mahant (Chief Priest) of the Gorakhnath Math, a Hindu temple in Gorakhpur. He is a founder of a youth organisation, the Hindu Yuva Vahini. Currently, he is a Chief Minister of Uttar Pradesh.

His father Anand Kumar Bhist died in the morning on 20 April, 2020 at AIIMS in Delhi. He expressed his grief over the death of his father. But for the success of lockdown and the strategy to defeat COVID-19 he did not attend the last rites on 21 April, 2020.

He was born on 5 June, 1972 in a Gharwali Rajput family in Uttarakhand. His real name is Ajay Singh Bisht. His father, Anand Singh Bisht was a forest ranger. He completed his primary education from the local schools of Pauri and Rishikesh. He obtained a Bachelor's Degree in Mathematics from Hemvati Nandan Bahuguna Garhwal University.

Yogi Adityanath in 1994 was appointed as the head priest of Gorakhnath Math. After four years, he was elected to the Lower House of the Indian Parliament. In the 12th Lok Sabha, he was the youngest member. He has been elected to the Parliament from Gorakhpur for five consecutive years. He also started a youth wing named Hindu Yuva Vahini.

1998-99: He was a member of Committee on Food, Civil Supplies, Public Distribution and its Sub-Committee-B on Department of Sugar and Edible Oils. Also, a member of the Consultative Committee, Ministry of Home Affairs.

1999: He was re-elected to 13th Lok Sabha in the second term in 1999-2000. He was also the Member of Committee on Food, Civil Supplies and Public Distribution. Member of Consultative Committee, Ministry of Home Affairs.

2009: In the fourth term also, he was re-elected to 15th Lok Sabha. He was also the member of Committee on Transport, Tourism and Culture.

2014: Again for the fifth term, he was re-elected to the 16th Lok Sabha from Gorakhpur constituency.

He is a Chief Editor of 'Hindi Weekly' and Monthly Magazine 'Yogvani'.

- For socially and economically weaker and backward children, he provides hostel.

- He raises awareness against religious and social conventions and evils.

- He is also running more than two dozens educational institutions and working for extending health facilities to rural areas.

- Several spiritual and cultural organisations are also run by him including the centres of the oldest meditation system of India and the centre of a prominent philosophical sect of Nath Panth.

He has a special interest in yoga and spirituality. He promotes campaigning Cow-protection. He also runs Rashtra Raksha Abhiyan for Social and National Security, Gardening, religious Discourses, Bhajans and Touring Religious Spots.

He is a hard worker and dedicated personality towards work. Even after receiving his father’s demise news, he continued the meeting with the officials of the core group on COVID-19 and after completing it in around 45 minutes, he stood up.