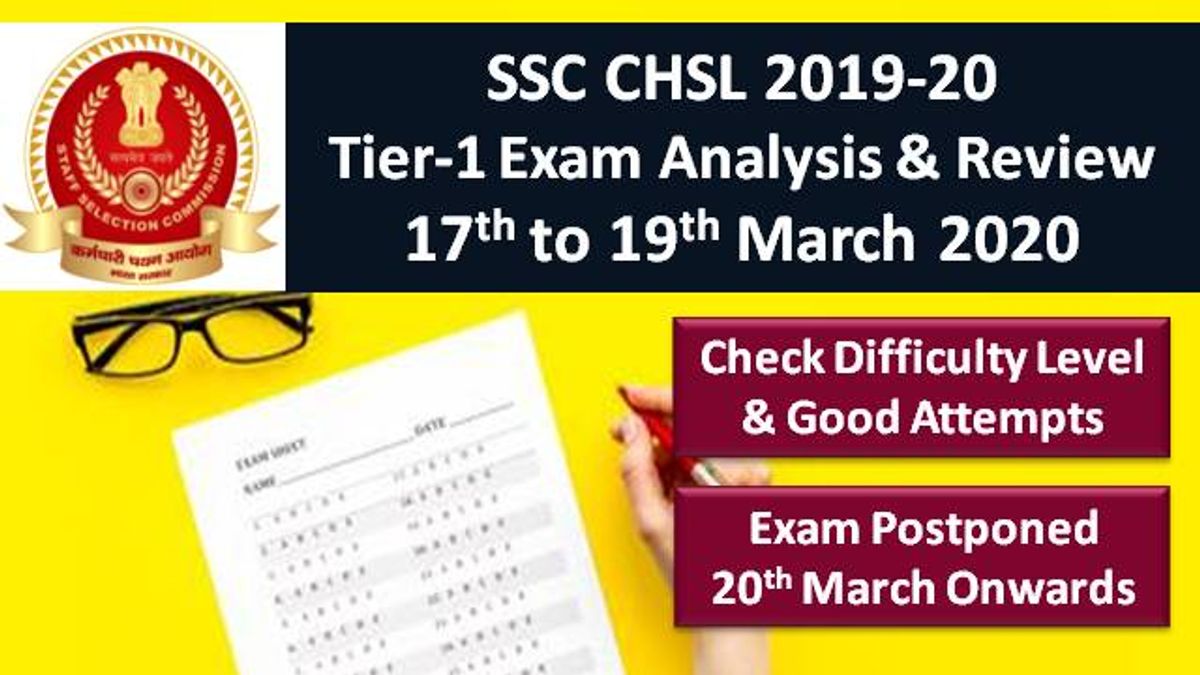 SSC CHSL 2020 Exam Postponed from 20 March-Check 19, 18, 17 March (All Shifts) Exam Analysis: SSC CHSL 2019-20 Tier-1 Exam has been officially postponed by the commission due to coronavirus (COVID-19) outbreak. The exam was supposed to be conducted in Online Mode across the country from 17th March to 28th March 2020. From 20th March 2020 Onwards, the exams would not be conducted as per the schedule and new dates will be released by SSC soon.

The above analysis will help you to assess your rank among the thousands of candidates, who have appeared for the SSC CHSL Tier-1 2019-20 Online Exam held on 19th, 18th and 17th March 2020.